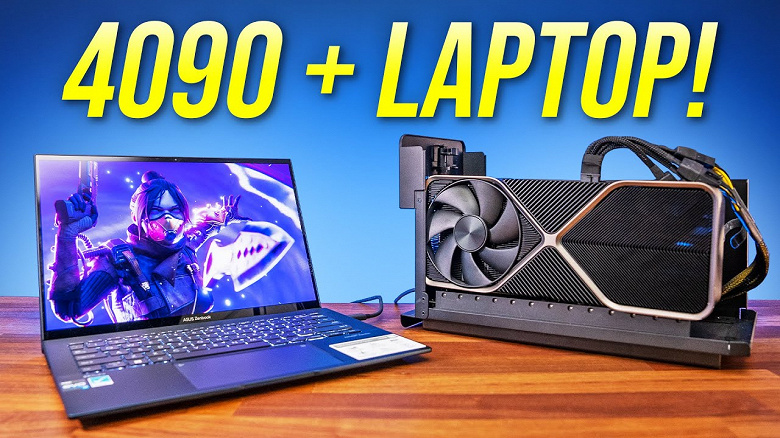 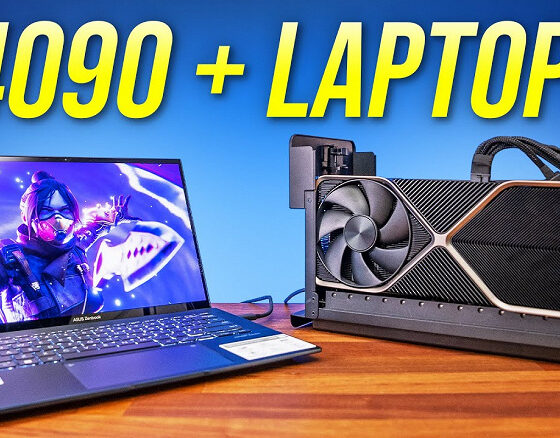 Buy a GeForce RTX 4090 and use only 20-50% of its power. Tests have shown that it is better not to use the novelty to create an external video card.

The GeForce RTX 4090 graphics card is currently the most powerful solution in the world, but in some cases it may not be the best option.

As it turned out, using this adapter as an external video card can lead to a significant drop in performance.

The author of the JarrodsTech channel decided to try out the new Nvidia flagship in place with two laptops. The former was equipped with a Core i7-1260P CPU, while the latter relied on the much more powerful Core i9-12900HX. A desktop PC with a Ryzen 9 7950X was used as a reference.

Testing has shown that most games experience a huge drop in RTX 4090 performance when used as an external card. The best result was in God of War, where the decrease was 35%. In other games, the figure was about 50%, and in the worst case, performance dropped by 82%!

Even more interesting was the result when comparing two laptops. For example, in Assassin’s Creed Valhalla, a Core i9-12900HX PC turned out to be twice as bad as a Core i7-1260P laptop, although the first CPU itself is much more productive. The author has a version that the Resizable BAR implementation is to blame, but this has not yet been verified.

It is worth noting that a Thunderbolt 3 docking station was used for the tests, but it is not known which one. Considering that Thunderbolt 4 is no faster than the third version in terms of data transfer speed, you can expect the same results with more modern docking stations.

Recall that today we also learned why the RTX 4090 power connectors melt.