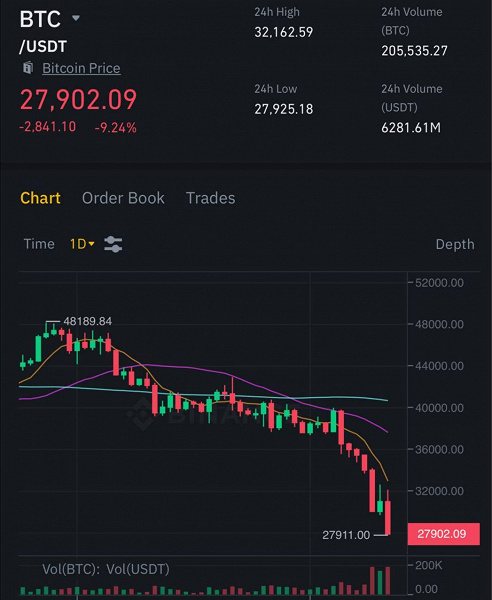 The main cryptocurrency of the world continues to rapidly become cheaper. Tonight, the rate temporarily dropped below $28,000, which is the lowest value since December 2020.

The price of bitcoin fell to $27,927, but at the time of publication of the note, the value of the cryptocurrency was $28,300. Analysts cited $30,000 as a key level for the largest cryptocurrency by market capitalization and said it could fall further if it fails to hold on to that level.

Experts attribute the fall in the value of the cryptocurrency to the publication of inflation data in the United States for April, which amounted to 8.3%. This is the maximum for the last 40 years. Inflation keeps investors from investing in risky assets, including cryptocurrencies.

Last week, bitcoin traded in the $40,000 region, but the rate quickly reversed, after which the cryptocurrency made several lows in recent years.

Analyst Ali Martinez said that bitcoin has a real chance of returning to $35,000 already in the current cycle despite the fact that he does not rule out the possibility of a collapse of the rate to $20,000.