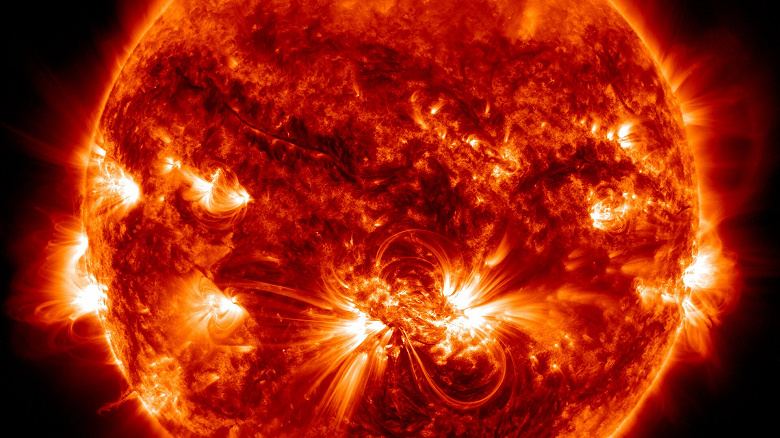 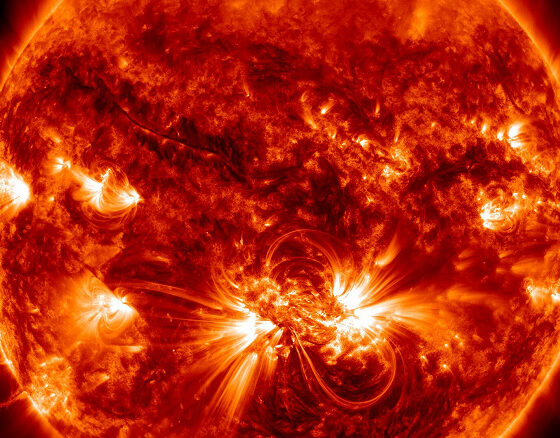 Astronomers told where high-energy particles attacking the Earth come from

Scientists from the Columbia Astrophysical Laboratory, using supercomputers, found out that high-energy particles dangerous for astronauts and aircraft are born in the atmosphere of the Sun. The study is published in The Astrophysical Journal Letters.

Astronomers have used supercomputers at Columbia, NASA and the US National Energy Research Computing Center to simulate the behavior of ions and electrons in space. It turned out that magnetic fields in the outer atmosphere of the Sun are capable of accelerating particles to speeds close to the speed of light. At the same time, they fall to Earth, where they can disable the electronic devices of satellites and endanger the lives of astronauts. Radiation radiation from them can also reach aircraft passengers. The results of the study will make it possible to more effectively predict such outbreaks.

Scientists have been trying to find the source of high-energy particles for more than 70 years and have long suspected that they are generated by solar plasma, which makes up the atmosphere of stars, including the Sun. Particles in a plasma move randomly and unpredictably, so it has not yet been possible to fully demonstrate how this happens.

The vast majority of observable matter in the universe is in the plasma state, so the results of scientists will allow a better understanding of the formation of high-energy particles in distant stars and around black holes. Over the next few years, NASA’s Parker Solar Probe will be heading to the Sun, which will be able to confirm the paper’s findings by directly looking at particles that are generated in the Sun’s outer atmosphere.