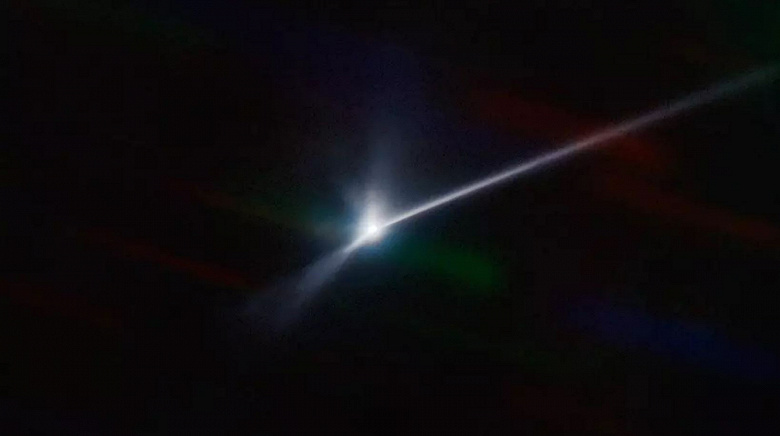 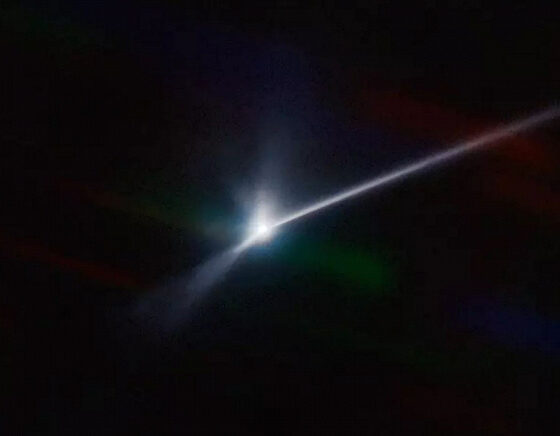 Asteroid Dimorph has a 10,000-kilometer plume after it was rammed by a NASA probe

NASA has published photographs of a 10,000 km trail characteristic of comets that appeared near the asteroid Dimorph after an experimental collision with the DART probe.

“It’s amazing how clearly we were able to capture the detail and scale of the damage. [астероида] for these few days”, – said the employee of the Chilean Observatory Teddy Careta, who took part in the observation of the celestial body during the experiment.

As scientists assure, the collision of the apparatus with the object “significantly damaged” the latter. A trail of debris can be observed for several months. It will continue to elongate as the asteroid moves, until it dissipates and turns into dust, similar to that scattered throughout the solar system and other regions of space.

The DART probe was launched on November 24, 2021. DART is a small rectangular spacecraft. The width of its hull is 1.2 m, length – 1.3 m, height – 1.3 m. The starting weight of the device is 610 kg. A collision with an asteroid was required to assess the possibility of changing the trajectories of small celestial bodies potentially threatening the Earth.

According to the BBC, in the near future, researchers will have to determine the degree of success of the DART probe mission. To do this, they have already begun to study changes in Dimorph’s orbit around the larger asteroid Didymus, with which it is gravitationally bound.