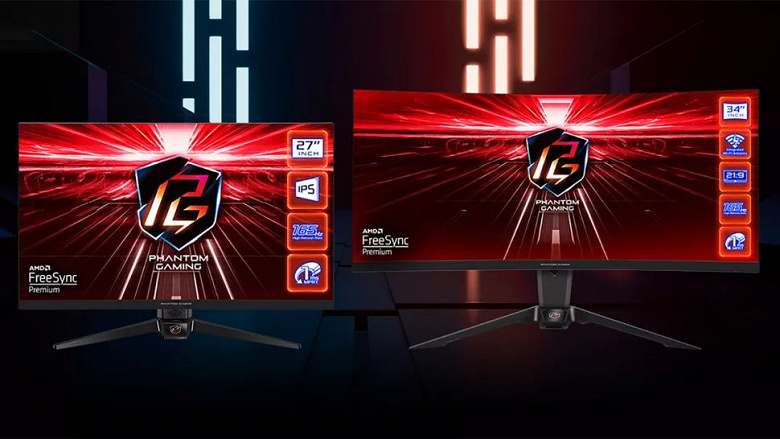 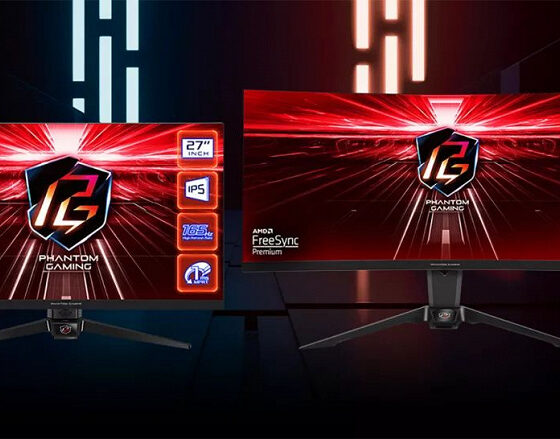 ASRock has announced two gaming monitors from the Phantom Gaming family. They received long names – PG34WQ15R2B and PG27FF1A. And now the first of them is the world’s first monitor with a built-in Wi-Fi antenna that needs to be connected to a PC. This allows you to improve the quality of the wireless connection, since the antenna is placed higher than the system unit is usually located. 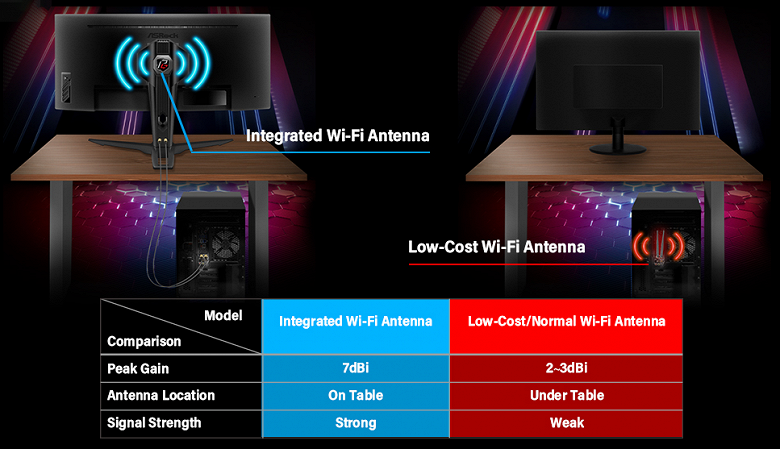 Both monitors boast a 1ms response time, 165Hz frequency, Flicker-free and FreeSync Premium support. There are built-in speakers of 2 watts per channel, a single DisplayPort, two HDMI 2.0 and a 3.5 mm headphone jack.

The older model supports the adjustment of height, tilt and rotation of the screen. The youngest has only a corner and a turn. Prices are not reported.

And earlier, the media showed the first photo of the ASRock Arc A750 Challenger video card