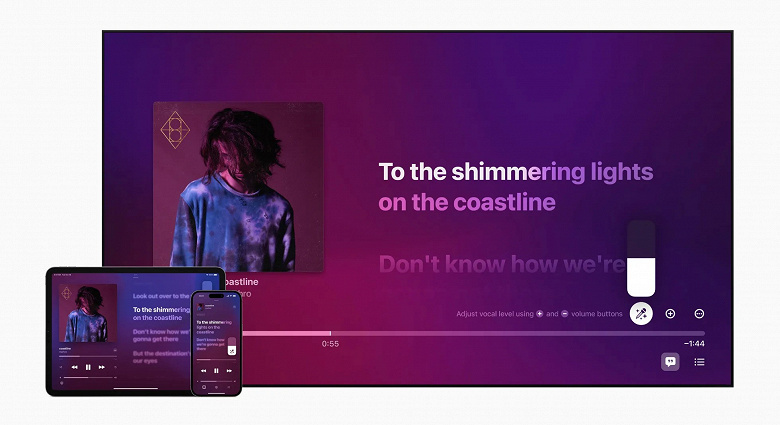 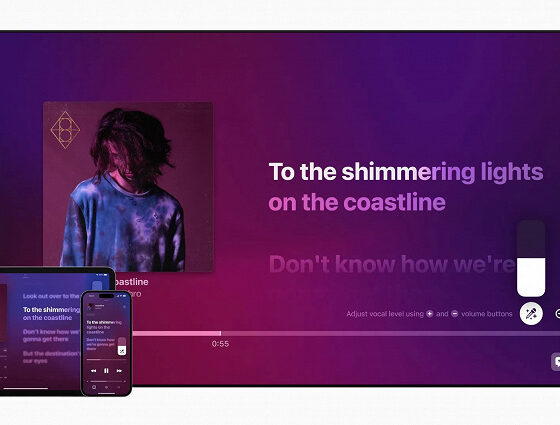 Apple has introduced a new feature for its music service. It’s called Apple Music Sing, and it’s actually a new take on karaoke.

The company describes it this way:

Apple Music Sing is a new way to hum, rap, jam, or sing along to millions of your favorite songs. New and improved step-by-step lyrics make it even easier to follow the music. Fully adjustable vocals let you duet with the original artist, sing solo or mix

Apple Music Sing is truly advanced karaoke. For example, the volume level of the original vocal track can be adjusted. Thus, the user can either completely mute it, or leave a part to sing as if in a duet with the performer. Apple says the feature will be available for tens of millions of songs. Presumably, we are talking about compositions with support for Dolby Atmos.

The service will also offer animated lyrics, backing vocals and a “Duet” mode, in which several users can better perform selected songs.

The Apple Music Sing feature will be available later this month.