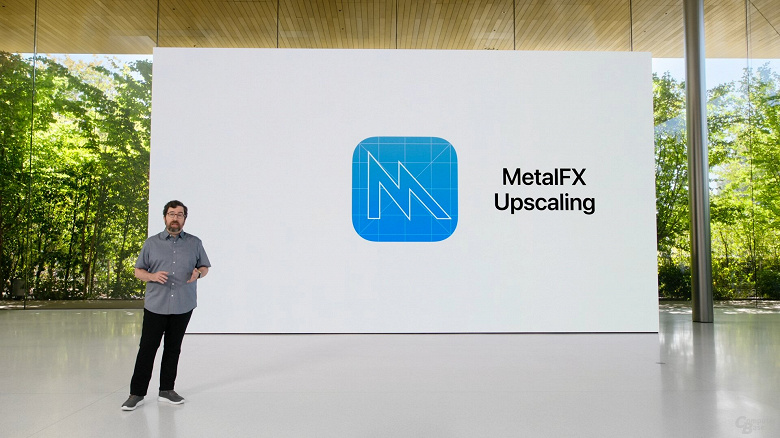 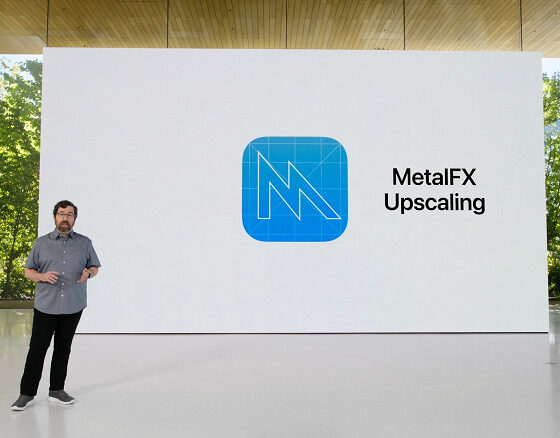 Apple has an analogue of Nvidia DLSS and AMD FSR technologies. Announced MetalFX Upscaling, designed to increase the frame rate in games

Yesterday at the WWDC 2022 event, Apple introduced a lot of new things: something was told in detail (for example, about the new MacBook Air on the SoC M2), and something was touched upon very superficially. So, for example, Apple introduced the Metal 3 API and briefly talked about the MetalFX Upscaling technology. Meanwhile, this upscaling technology looks like a kind of answer to Nvidia’s proprietary DLSS and AMD FSR, and it can significantly improve the so-called gaming experience on Mac computers.

Apple did not disclose any technical details. Apparently, the time has not yet come. In general terms, the point is to render a low-resolution image, which relieves the load on the GPU, and then MetalFX Upscaling imposes visual effects on the image (in fact, it scales) and applies anti-aliasing. This approach will allow you to get an image with a higher frame rate than if only hardware rendering was used for this. Apparently, the 16-core NPU of the new M2 platform will be actively used in the work of MetalFX Upscaling – many of yesterday’s Apple announcements regarding computers were one way or another tied to the new SoC. 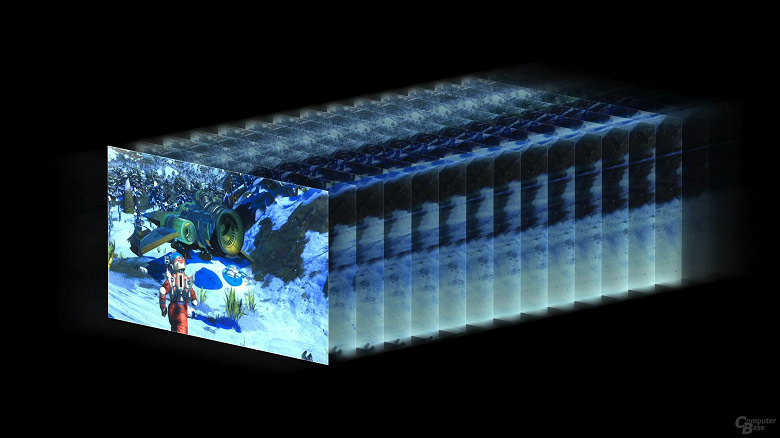 The proprietary upscaling technology will be used in Resident Evil Village when it comes out for Mac computers. Capcom promises that the game will run seamlessly at Full HD resolution on a MacBook Air display and at 4K resolution on a MacStudio. No Man’s Sky for Mac and iPad will also support MetalFX, as will Grid Legends (for Mac). 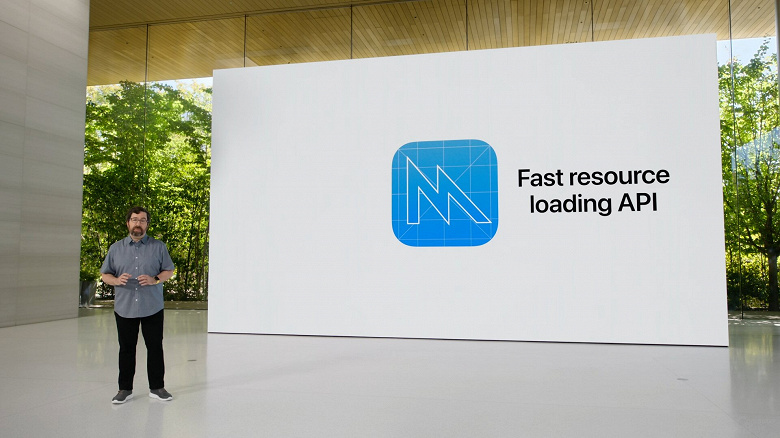 The second technology implemented within MetalFX and also directly affecting performance in games is Fast Resource Loading. Its meaning is approximately the same as that of Microsoft Direct Storage – the API will allow the GPU to access system memory directly, bypassing the CPU. This will ensure both faster loading of games in general, and faster loading of textures in large open worlds that are rich in graphics and effects.