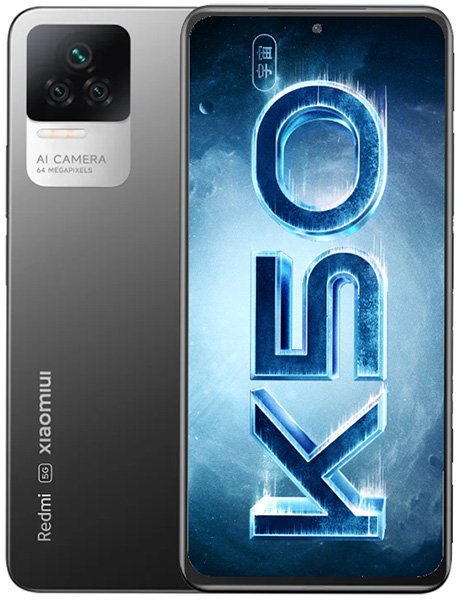 AnTuTu named the most powerful sub-flagship and mid-range smartphones. Among the best – Redmi K50 and Honor 60 Pro

Today, AnTuTu developers have already presented the rating of the most powerful smartphones in April, its feature is that the Vivo X80 in fourth position is the only model in the rating based on the SoC Dimensity 9000. And now there are two more ratings. Sub-flagship models and mid-level models.

Redmi K50, built on Dimensity 8100 SoC, leads in the first rating. Realme GT Neo 3, the world’s first smartphone on Dimensity 8100, demonstrates a similar result. And then – a failure in terms of performance. The iQOO Neo5 ranked third with just 732,559 points. Still, the Dimensity 8100 was noticeably faster than the Snapdragon 870. 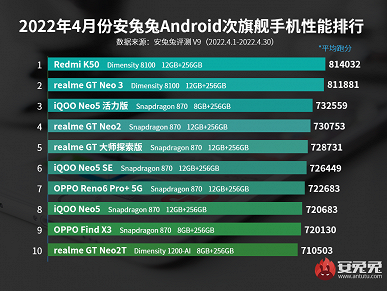 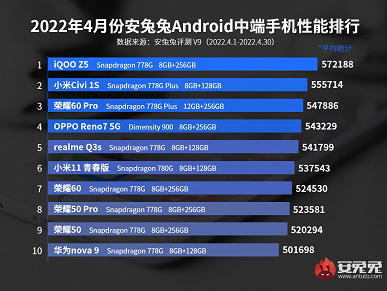 The supernova Xiaomi Civi 1S immediately broke into the April rating of mid-range models and immediately took second place in it. But, interestingly, both Civi S1 and Honor 60 Pro, built on the Snapdragon 778G Plus, lost in performance to the iQOO Z5, which is built on the slightly less powerful 778G. Also among the most powerful mid-range models are Oppo Reno 7 5G, Realme Q3s, Xiaomi 11 Lite 5G, Honor 60, Honor 50 Pro, Honor 50 and Huawei Nova 9.