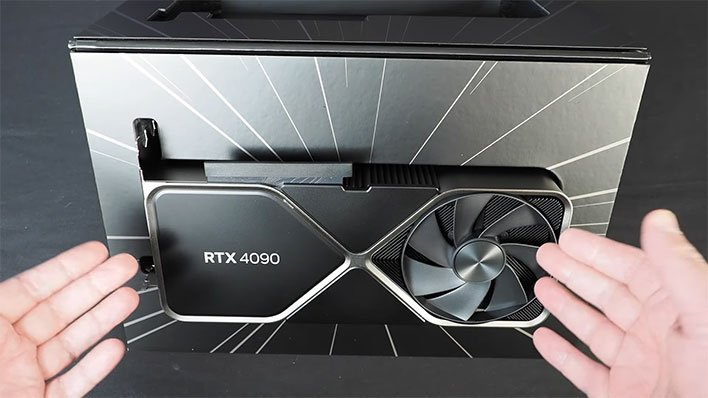 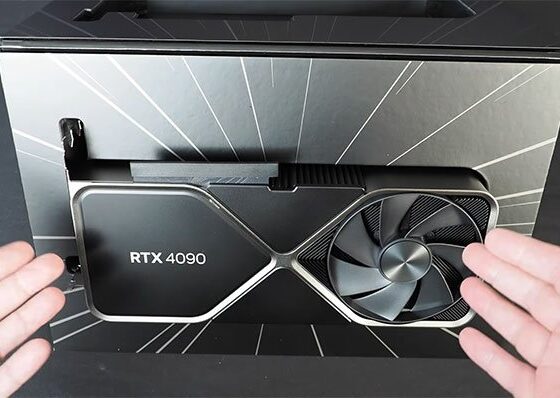 Before the start of sales, there were optimistic rumors that Nvidia had prepared a large stock of GeForce RTX 4090 graphics cards and, therefore, they should have been enough for everyone. But in reality, demand exceeded supply. For example, in China, the first batch of the GeForce RTX 4090 Founders Edition was sold out in seconds, and more than 55,000 people are already in line for the second batch. And in the US, speculators have stepped up.

On eBay, happy owners of the GeForce RTX 4090 are already actively reselling their video cards. On average, they ask for 2300-3500 dollars for one. Despite the fact that the cost of Founders Edition in the local market is $ 1,600, the cheat comes up to two times. But there are exceptions. So, on eBay, the case of selling the GeForce RTX 4090 for $ 4,000 is already fixed (as in the picture below) – and these are completed deals. And even one case of selling a video card for $10,000 is mentioned! 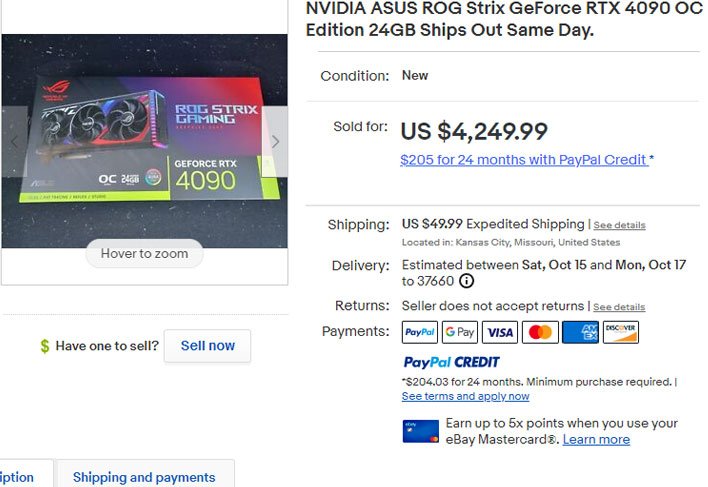 For such an amount, the seller (and with a good reputation) put up a Zotac Gaming GeForce RTX 4090 Trinity on eBay. There was also a shipping fee of $33.54.

If deals are closed at an inflated price (two, three, or even six times), it means that you can’t buy video cards in ordinary stores in the United States and, therefore, the GeForce RTX 4090 is really in short supply.