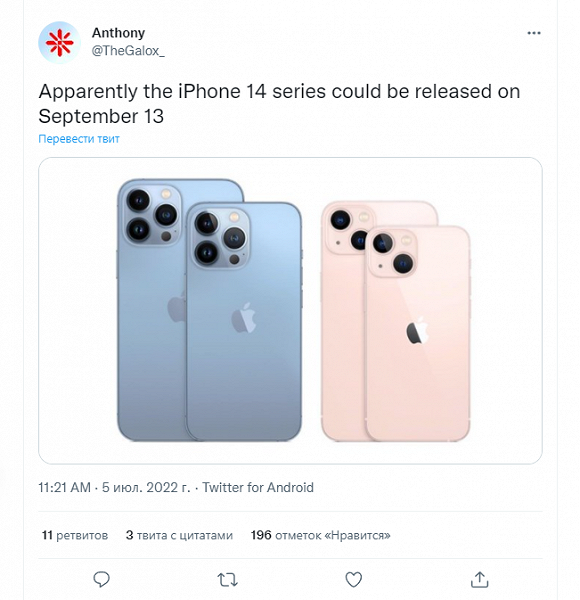 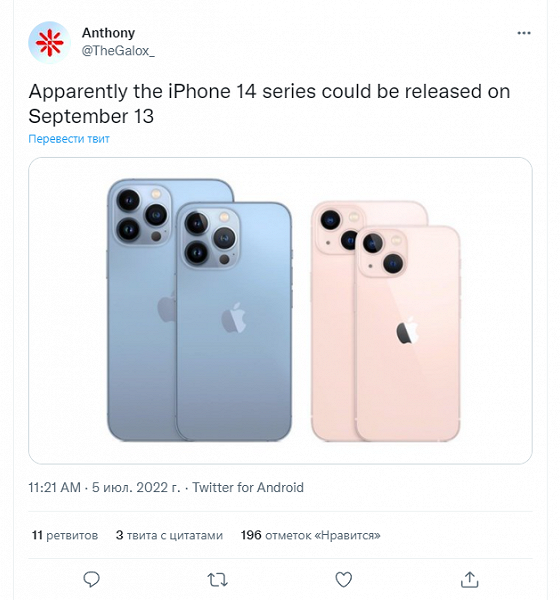 An insider revealed the release date of the iPhone 14

A video blogger and insider under the pseudonym The Galox announced the release date of the iPhone 14 line. According to him, the iPhone 14 series could be released on September 13th. It is possible that we are talking not only about the announcement, but also about the launch of sales on the same day.

As expected, the new smartphones will receive two screen sizes – 6.1 inches and 6.7 inches. At the same time, there will be simpler iPhone 14 and iPhone 14 Max models, which will receive A15 processors, as well as Pro / Pro Max versions with A16 chips.

The younger models will have screens with a “monobrow”, and the older models will have small cutouts. Other differences are also expected to further separate the simpler and premium models. According to the leaks, the top version of the iPhone 14 Pro Max can get a price tag of $ 1,700. At the same time, the cost will be affected, among other things, by the rise in the cost of production of A16 processors.

Earlier, The Galox talked about the new flagship Samsung tablet based on the Qualcomm Snapdragon 888 processor.