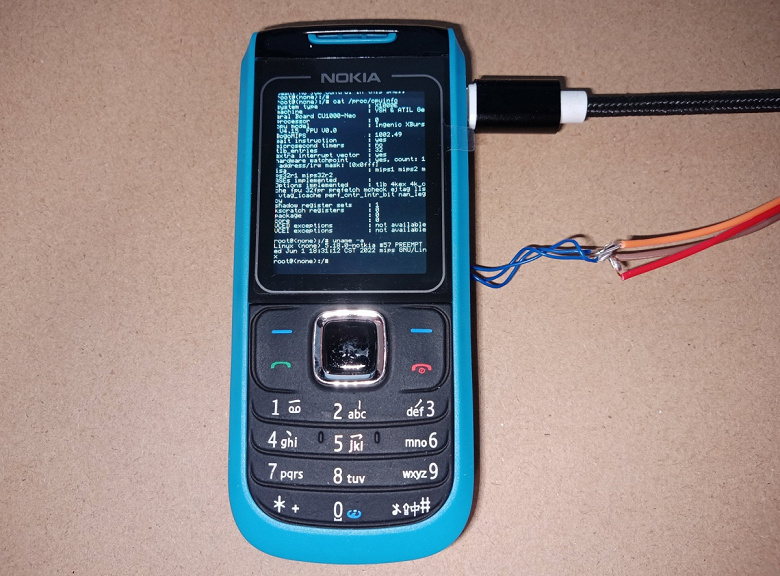 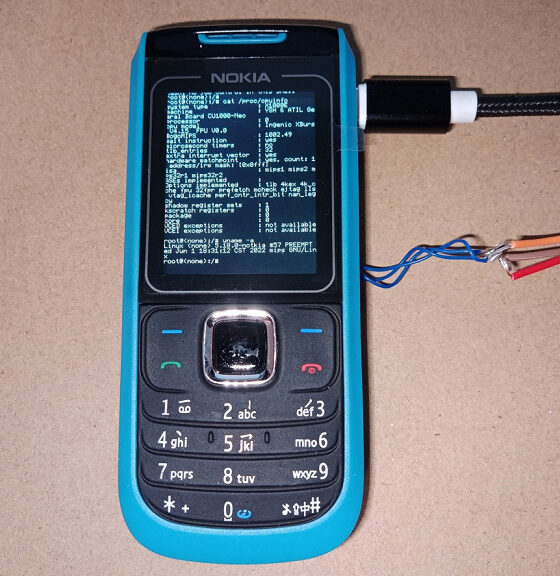 The Nokia 1680 classic is a simple push-button mobile phone that was released in 2008, when smartphones were just starting to appear. It supports the functions of calling, receiving and sending SMS, and so on, but only in 2G mobile networks. However, a hardware hacker and enthusiast under the pseudonym Remu NotMoe was able to turn a simple dialer into a full-fledged Linux PC. He called the project Notkia.

To do this, he created a special printed circuit board with a processor, memory and other components. But the keyboard is completely original. The board features a 1GHz single-core MIPS Ingenic X100E processor, 64MB RAM, 32MB NOR flash, and 4GB SLC NAND flash. 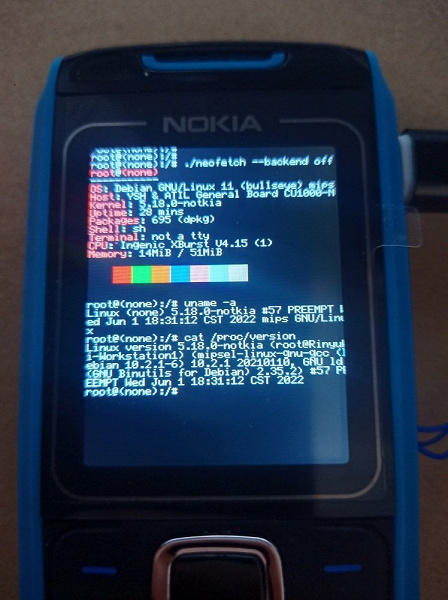 The display is a 2-inch IPS screen with a resolution of 240 x 320 pixels, although it turned out to be too large for the body. As a result, the apparent screen resolution is 220 x 280 pixels – the edges are simply not visible.

Among other features of Notkia, we note the following:

It all runs under Linux, including text entry using the phone’s original numeric keypad. T9 technology is also supported. The device can be used as a computer, walkie-talkie or modem. But Notkia does not know how to make phone calls. The fact is that Remu NotMoe could not find a sufficiently compact 4G LTE module.

The author described the schemes, components, list and design process on Hackster and Hackday. In the future, the author promises to open the source code of the firmware.