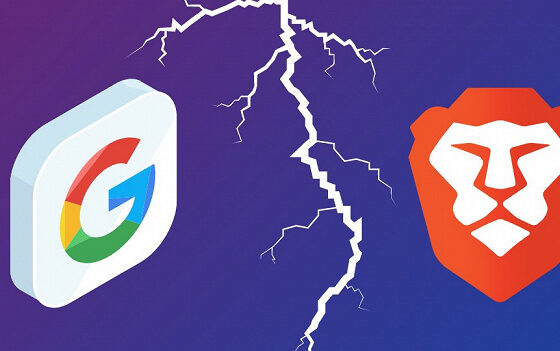 The Brave browser, created by the Brave Software company, founded by the former head of Mozilla, has decided to start a new battle with Google.

Last year, Brave switched to its own search engine, and now the developers have decided to declare war on Google AMP technology. Recall that AMP is a framework that is called the “Internet accelerator”. Technically, this is a JavaScript library, which is proposed to be used instead of other similar ones. Thanks to Google’s own tools, it speeds up the loading of web pages.

However, according to the developers of Brave, AMP harms user privacy, security, and the web experience, and just as badly, AMP helps Google to monopolize and control the web even more.

To combat AMP, the creators of the browser came up with De-AMP.

Brave will protect users from AMP in several ways. Where possible, De-AMP will rewrite links and URLs to prevent users from visiting AMP pages at all. And in cases where this is not possible, Brave will watch for page fetches and redirect users away from AMP pages before the page is even rendered, preventing AMP/Google code from loading and executing.

De-AMP is already available in Nightly and Beta versions and will be enabled by default in future 1.38 versions for PC and Android, and will be released for iOS shortly thereafter.