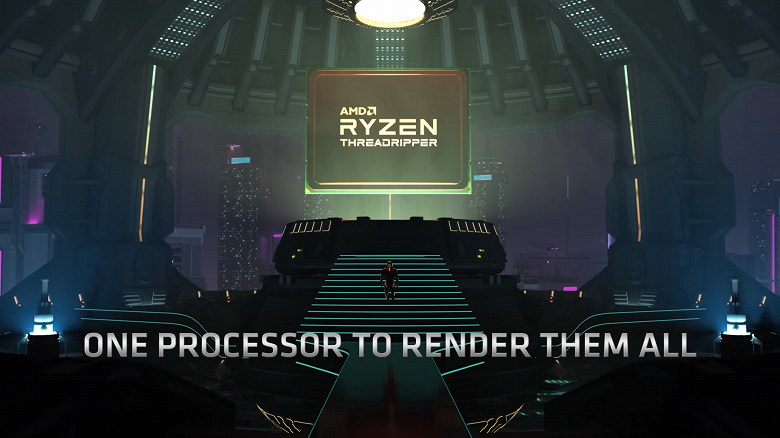 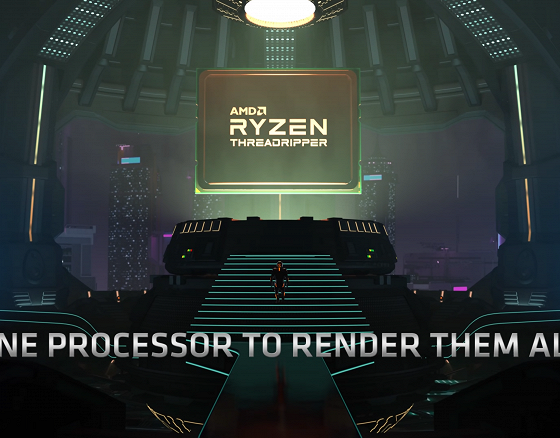 An overclocker somewhere managed to get a Ryzen Threadripper 5990X with the article number 100-000000443-40_Y. CPU lines with similar article numbers have already appeared on the Web, and this suggests that AMD still planned to release ordinary civilian Ryzen Threadripper 5000 without the Pro prefix in the name, but for some reason canceled them. Nevertheless, there are such CPUs, and somehow you can even get them.

The Ryzen Threadripper 5990X has 64 cores and is multi-threaded. The third level cache is 288 MB, the base frequency is 2.65 GHz (2.27 on average). In terms of characteristics, it is close to the Threadripper Pro 5995WX. Interestingly, the CPU worked with an Asus ROG ZENITH II Extreme Alpha motherboard based on the TRX40 chipset, although the Threadripper Pro 5000 is designed for WRX80 motherboards. The test assembly also used 32 GB DDR4 memory (four modules of 8 GB each) and a modified EK-Quantum LSS. 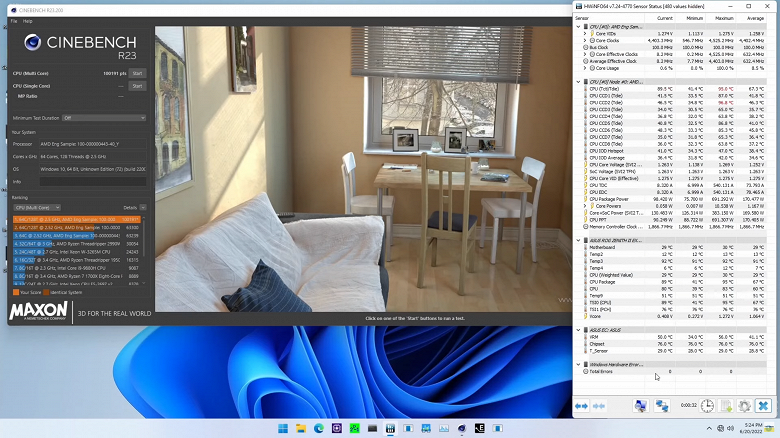 In the course of manual overclocking manipulations, each CCD chiplet was tuned, CCD4 showed the best result, earning at a frequency of 4.82 GHz at a voltage of 1.45 V. 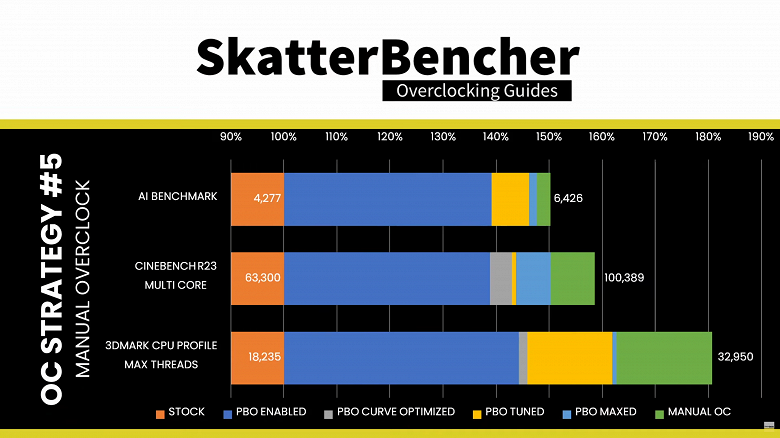 As a result of all the manipulations, the overclocked Ryzen Threadripper 5990X received an increase of 50% in AI Benchmark, 58% in Cinebench R23 and more than 80% in the 3DMark CPU test. In the multi-threaded Cinebench R23 test, the processor scored over 100,000 points! The frequency during this test was 4.525 MHz and the temperature was 95°C. At the same time, the CPU consumed 691 watts!