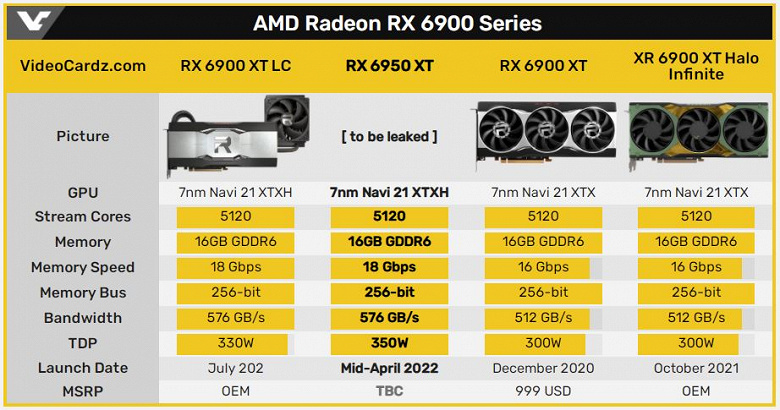 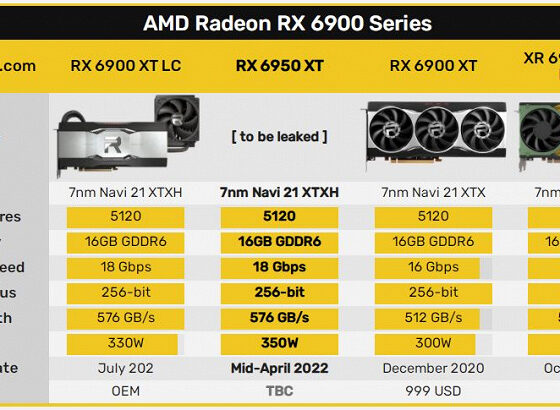 Actually, AMD Navi 21 with a clock speed of more than 2.5 GHz cannot be considered something extraordinary, if we recall the existence of such models as Sapphire Toxic Extreme (2730 MHz), Gigabyte AORUS Xtreme WF (2525 MHz), ASUS ROG STRIX LC ( 2525 MHz) or ASROCK OC Formula. All of them are liquid-cooled. The fastest air-cooled model is the XFX Speedster MERC 319. Its GPU is clocked at 2495 MHz.

At the moment, it is not clear if the RX 6950XT uses liquid cooling.

In addition, the source of the leak claims that the RX 6950XT will feature a TBP of 350W, which is higher than all existing models in the 6900 series.

AMD’s new flagship is expected to launch in mid-April and be able to compete with the GeForce RTX 3090 Ti. There are no pictures of him yet.