AMD, perhaps at least this processor will not heat up to 90 degrees? The 65-watt Ryzen 7 7700 really exists and has already been spotted in the test

Just the other day we heard that AMD is preparing a 65-watt Ryzen 7 7700 processor, as today it was already lit up in Geekbench.

Of course, this is far from the best test, but within the same line it is more or less indicative. New AMD scored 2062 and 12685 points in single-threaded and multi-threaded modes, respectively. 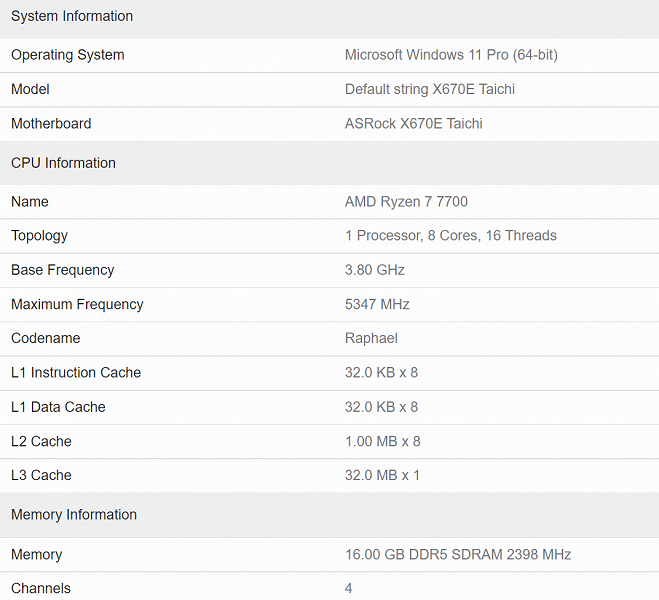 How Ryzen 7 7700 will be more economical than 105-watt relatives, tests will show. There is also a possibility that it will be colder.