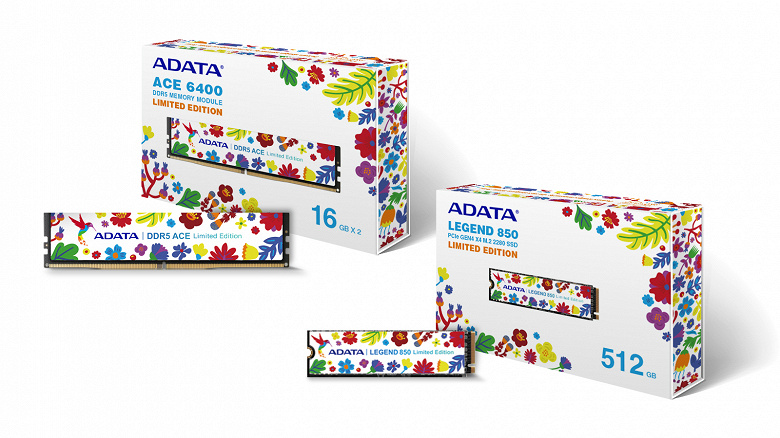 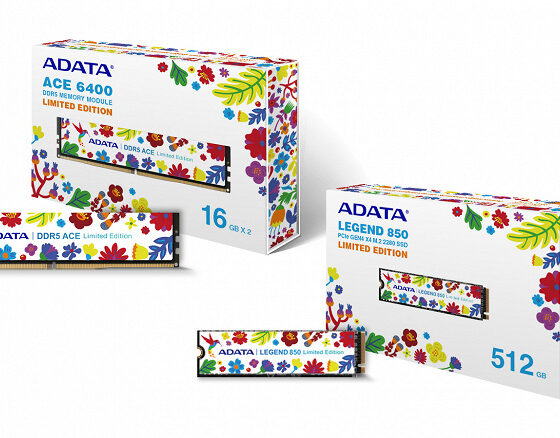 Adata will showcase its new products in the metaverse: users will be able to win laptops, drives and accessories

Adata Technology announced the holding of two virtual events in the metaverse. Adata’s birthday virtual event has already started, and the new XPG products will be announced in the summer.

The pandemic has changed the way we interact with each other, and the integration of in-person and online communication is bound to become an irreversible trend. As a result, we have created a Metaverse, an immersive universal experience that exemplifies our Future of Innovation mission and commitment to making things better with technology.

The first virtual event (May 5) will coincide with the 21st anniversary of Adata, known as Adata Day. The event has a separate area where you can play games, win prizes and get discounts on Adata and XPG products. Participants can win XPG Xenia laptops, Adata storage devices, XPG Mera accessories, Amazon gift cards. For scoring the maximum number of points in a yet unannounced game, you can win a limited edition Adata 21st Birthday DDR5 memory module.

The second event (summer 2022) will showcase the latest Adata and XPG products in 3D. Visitors will be able to roam freely within the metaverse to experience the new Adata ACE series of RAM and other innovations. The Adata LEGEND Gen4 x4 series of SSDs will also be showcased, including the Legend 960 and 850 PCIe4.0 SSDs, which offer speeds up to 7400MB/s and 5000MB/s respectively. 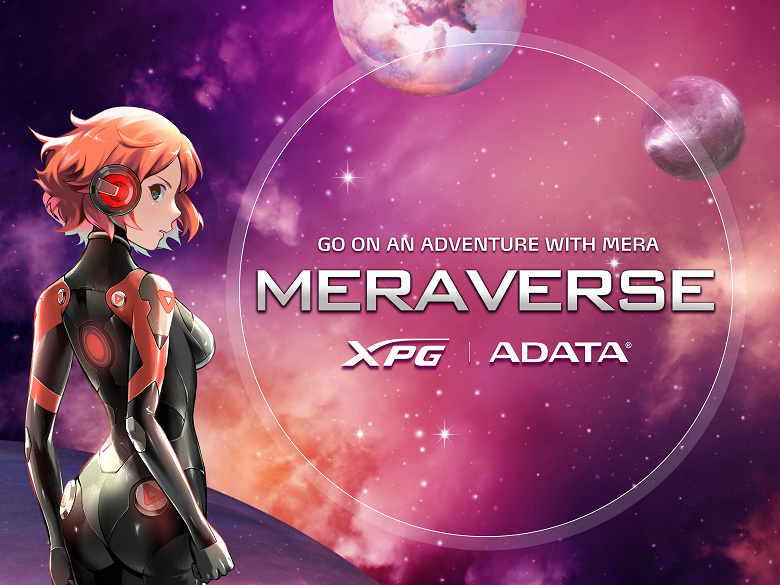 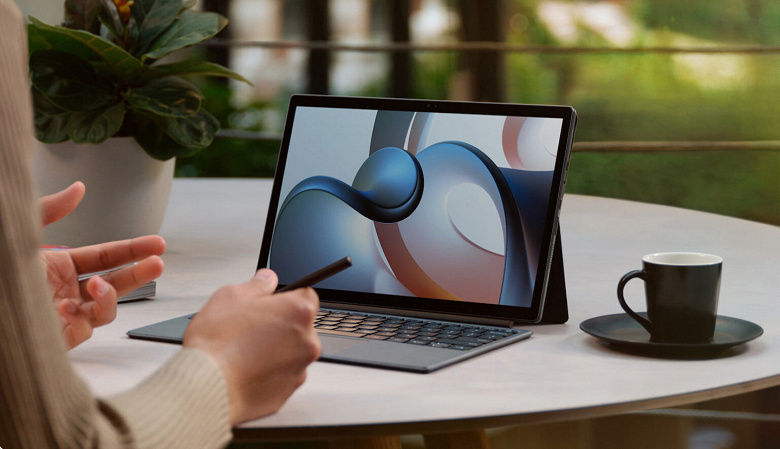 Sales of Xiaomi Mi Notebook 12.4 have started in China – for a device running Windows 11 they ask for only $ 425. As you can see from the name, Xiaomi refers to the product as a laptop, but in fact it is still a tablet with a dockable keyboard.

That is why the device turned out to be very compact: the weight is 685 grams. Mi Notebook 12.4 is made in a magnesium and aluminum alloy case, the hardware platform is based on the SoC Qualcomm Snapdragon 8cx Gen 2. 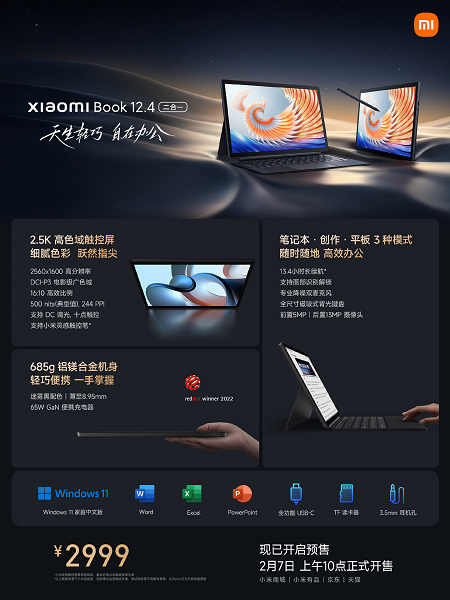 Mi Notebook 12.4 received an IPS screen with a diagonal of 12.4 inches, respectively, with a resolution of 2560 x 1600 pixels, a maximum brightness of 500 cd / sq.m., 100% DCI-P3 color space coverage and protection in the form of tempered glass Gorilla Glass. 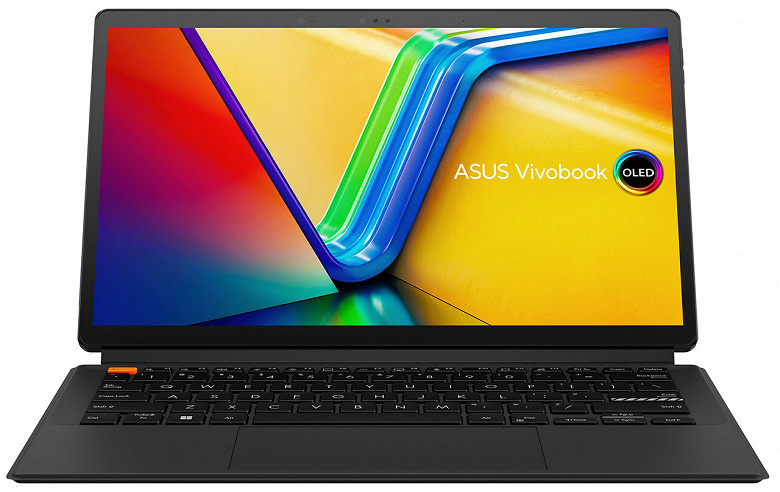 Asus has unveiled a new model of its Windows tablet called the Vivobook 13 Slate OLED (T3304). The company itself calls the device a laptop, but that’s just the way it is now.

As the name implies, the novelty is equipped with a 13-inch OLED screen, which distinguishes the device from other similar solutions on the market. The screen resolution is 1920 x 1080 pixels. Of course, it is touch, but it also supports the work with the stylus.

In general, the new model differs little from the old one, but the platform has changed. It is based on the latest CPUs Intel Core i3-N300 or Processor N200. Curiously, Asus is calling the second Pentium N200 even though Intel dropped the Pentium and Celeron brands this generation. 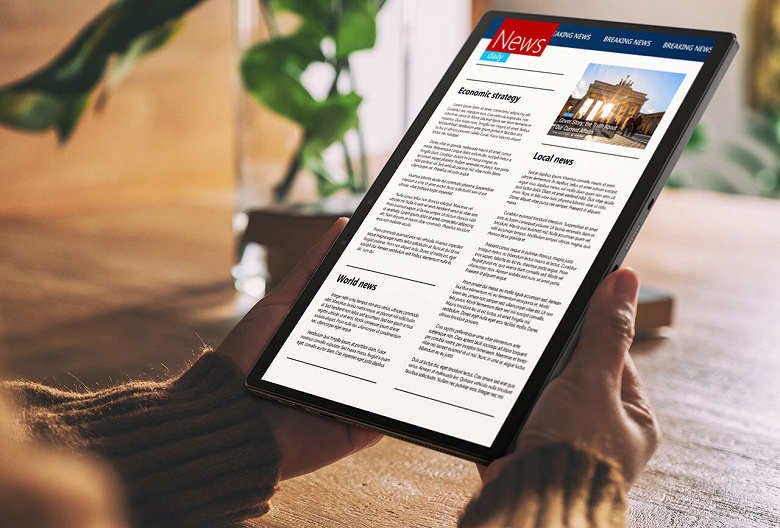 Of the rest, protection according to the MIL-STD-810G standard can be noted.

There is no price data yet, but the first model once started at $600. 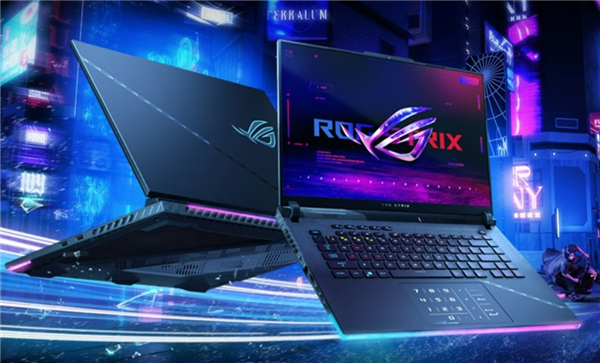 As early as next week, official sales of laptops with Nvidia GeForce RTX 4090 and RTX 4080 3D accelerators will start. Pre-orders are now open for many models and prices have been announced. Among others, the Asus ROG Strix SCAR 16 2023 stands out for its price. 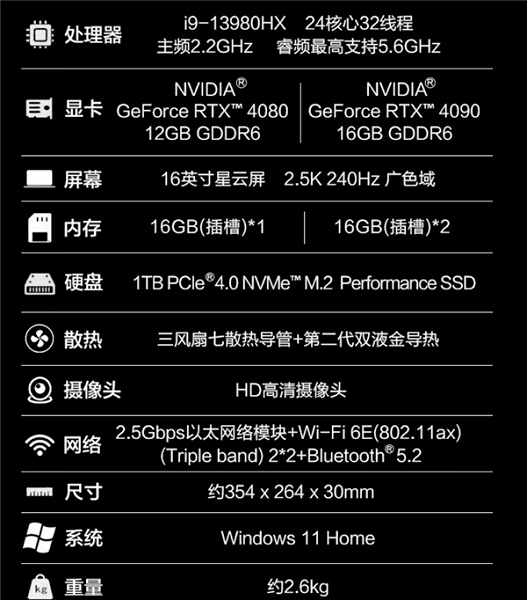 For comparison, Gigabyte for Aorus 17X with GeForce RTX 4090 is asking almost $4,000. At the same time, the Gigabyte laptop received a simpler processor – the Core i9-13900HX.