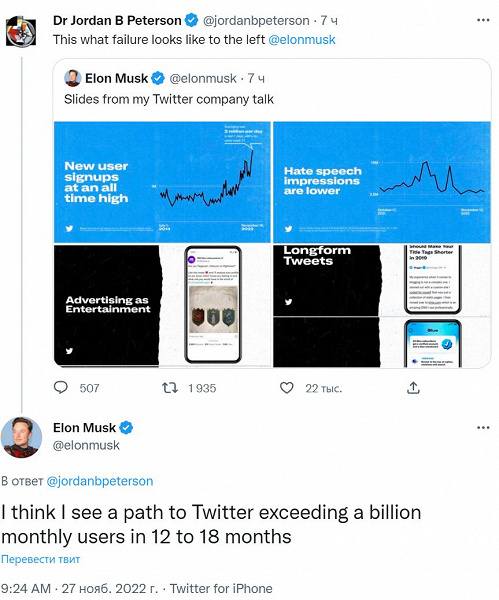 A billion monthly Twitter users? Elon Musk believes that this is quite possible in the future of a year and a half

Elon Musk tweeted slides from his Twitter 2.0 presentation, to which psychology author Jordan Peterson responded. He said “this is what failure looks like”. But Musk disagreed.

The new head of Twitter did not enter into controversy, but was marked by a statement that attracts attention. “I think I see the prospect of reaching a billion [пользователей] monthly every 12-18 months“, he wrote. We leave, in Musk’s view, everything that is being done now (and will be done later on the social network) is not a failure at all, but, on the contrary, growth. Moreover, the growth is expected to be significant: Musk earlier said that the number of active Twitter users reached 259.4 million.

Meanwhile, according to the Financial Times, citing employees of leading advertising agencies, many of the world’s major brands have refused to advertise on Twitter due to Elon Musk’s chaotic approach to managing the company.

“This is a rather unique situation. Confusion, damage, nothing on this scale had ever happened before. Never“, – said the top manager of the Big Four advertising agency (it includes the American Interpublic Group of Companies, Omnicom Group, the French Publicis Groupe and the British WPP).

“He seems to have alienated even those advertisers who wanted him to succeed.”, said another top manager of the advertising agency. 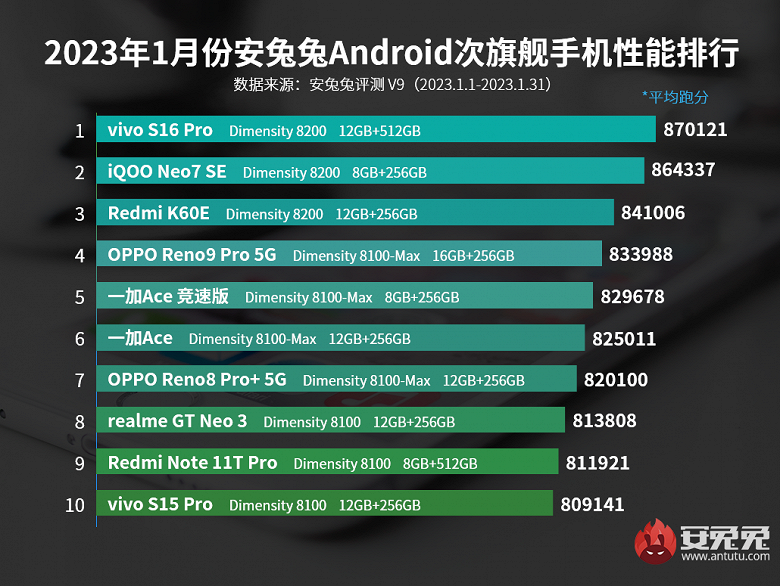 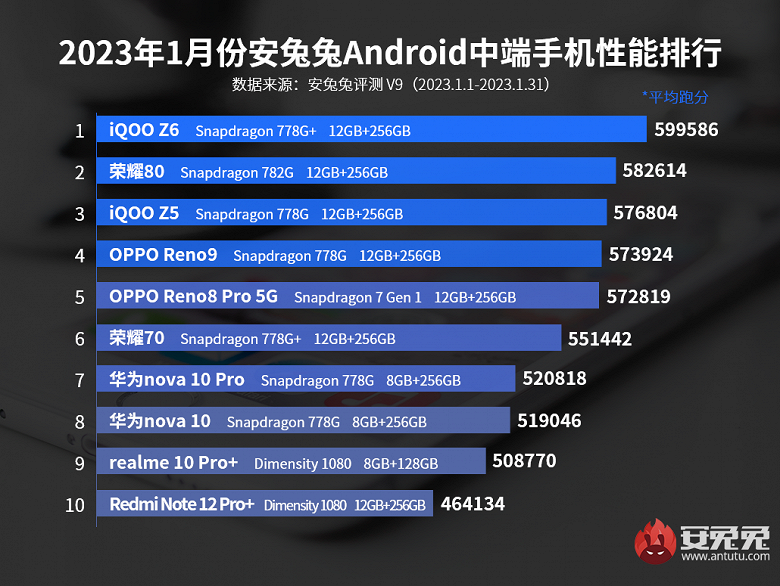