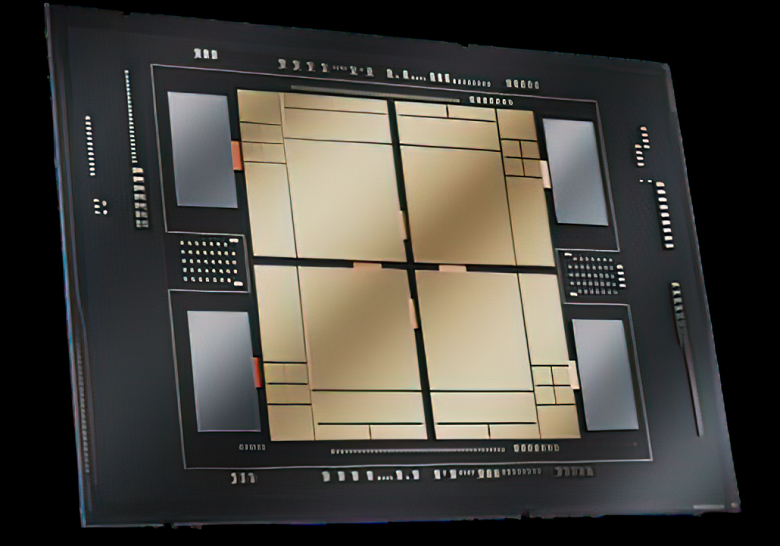 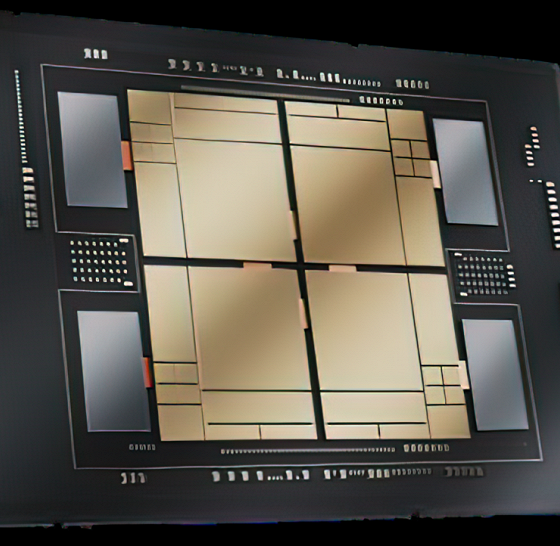 96 Intel cores are not inferior to 128 AMD cores, but there is a nuance. A pair of Xeon Platinum 8468s passed Geekbench tests

A couple of Intel Xeon Platinum 8468 processors from the Sapphire Rapids series passed the Geekbench tests, so we can compare the results with other CPUs.

So, the agreed pair offers a total of 96 cores, that is, we are talking about two 48-core CPUs. Such a system scores 1253 and 74,853 points in single-threaded and multi-threaded modes, respectively.

For comparison, a pair of Epyc 7763 shows almost exactly the same results. These processors have 64 cores each, that is, a total of 128 cores, that is, Intel’s new products perform better in terms of cores, although this is far from the most important parameter in the server segment. But it should be understood that we are talking about comparing future Intel processors with the outgoing generation of AMD CPUs. Sapphire Rapids should have been released a long time ago, but, unfortunately, their launch was postponed many times, and now they are not expected to fully launch until next year. They will have to compete with the new Genoa and Bergamo Epyc lines, which will include CPUs with 96 and 128 cores, as well as rely on the new Zen 4 architecture. Actually, a couple of new-generation 96-core Epycs score 1460 and 96,500 points in the same software . 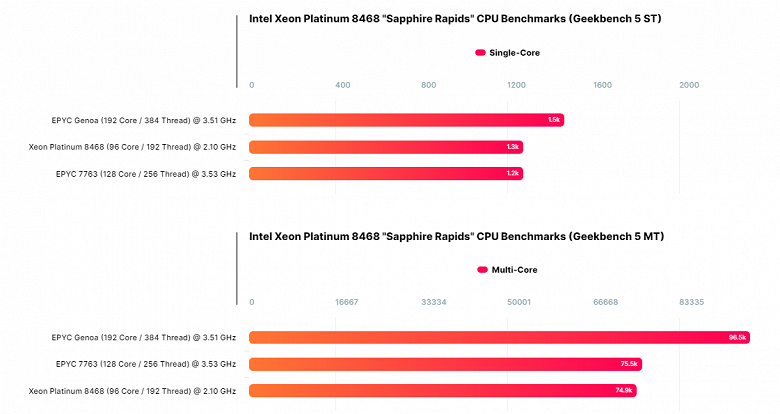 Intel itself admitted just yesterday that AMD will continue to take its share of the server market from it for at least another year or two. At the same time, the head of Intel said that Sapphire Rapids will be better than the new AMD CPUs, but so far the tests say otherwise.

Recall also that today it became known that the line of desktop CPU Core 13th generation will include a lot of old renamed processors. 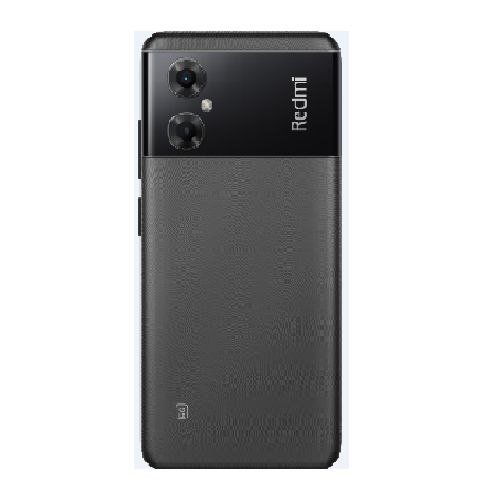