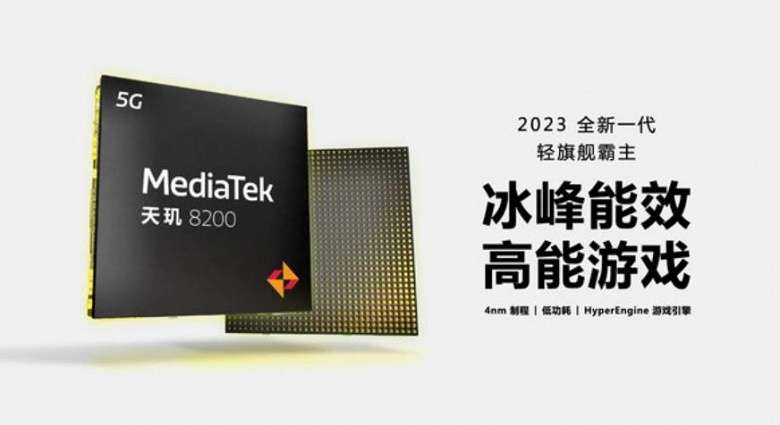 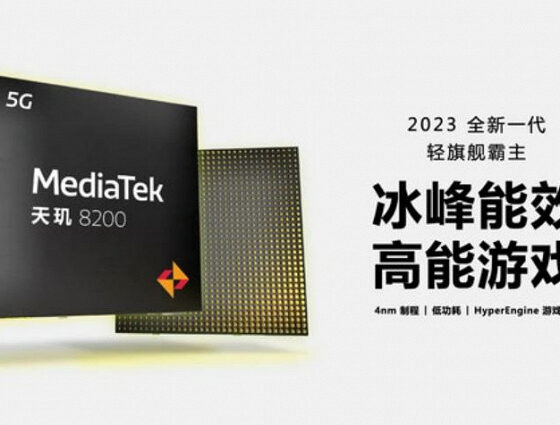 MediaTek today officially unveiled its Dimensity 8200 platform, designed for use in mid-range smartphones. This 4nm SoC is much faster than its predecessor in terms of performance: according to official data, its performance in AnTuTu is about 900 thousand points. 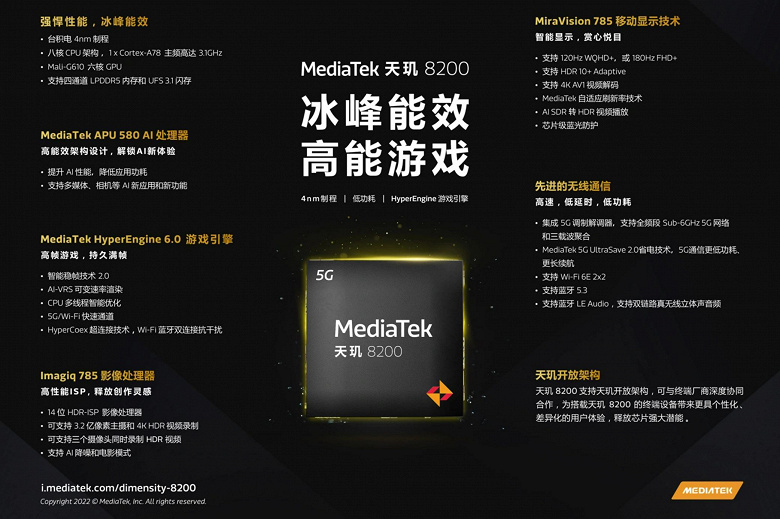 The Dimensity 8200 includes an Imagiq 785 image processor with support for 14-bit color and HDR, support for camera sensors up to 320 MP and 4K video recording at a bit rate of 60 fps. For accelerating AI tasks, the MediaTek APU 580 is integrated into the SoC. The platform also includes a 5G modem, Bluetooth 5.3 and Wi-Fi 6E adapters. SoC supports LPDDR5 RAM and UFS 3.1 flash memory. 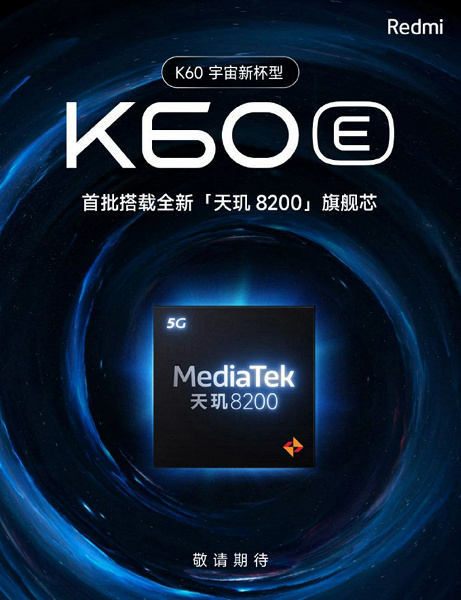 The first phone based on Dimensity 8200 will be presented today, it will be iQOO Neo 7 SE. One of the next models on this platform will be Redmi K60E, which was officially announced today by the head of Redmi, Liu Weibing.