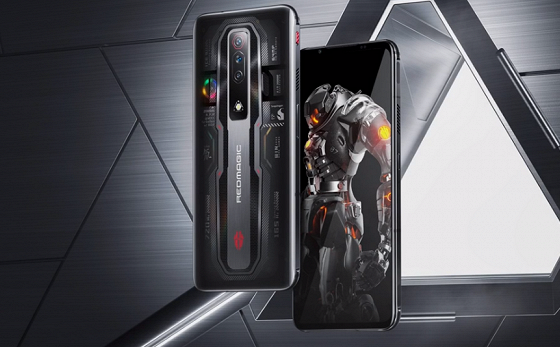 Nubia has introduced a new generation of gaming phones Red Magic 7S, which will be available in two color options: Dark Knight and Deuterium Front Transparent. The transparent area of ​​the latter is significantly increased compared to the previous generation.

The smartphone is equipped with a 6.8-inch AMOLED screen with a resolution of 2400 x 1080 pixels with support for a refresh rate of up to 165 Hz and a touch sampling rate of 720 Hz. The screen has a 20:9 aspect ratio, covers 100% DCI-P3 color gamut, and has a built-in fingerprint reader that supports heart rate monitoring.

The Red Magic 7S comes standard with the industry’s first 165W gallium nitride charger. The charger is compatible with common devices and supports major fast charging protocols such as PD/QC. Red Magic 7S has a built-in 4500mAh dual-cell battery that supports 120W fast charging. You can fully charge the device in 17 minutes.

Red Magic 7S is equipped with a Snapdragon 8+ SoC, LPDDR5 RAM and UFS3.1 flash memory. The Red Magic 7S uses an ICE magic cooling system with built-in high-speed centrifugal fans with a rotation speed of up to 20,000 rpm, as well as a graphene layer for efficient cooling.

It is equipped with two buttons on the side panel, which are guaranteed to withstand more than 2 million clicks. The equipment also includes stereo speakers, a 3.5 mm headphone jack, three microphones, Wi-Fi 6. 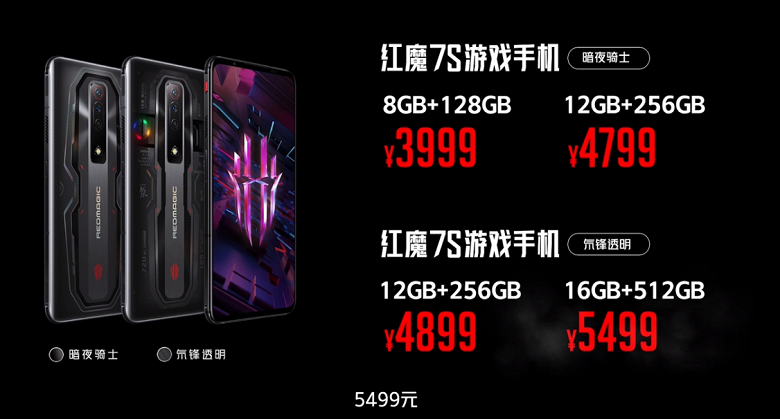