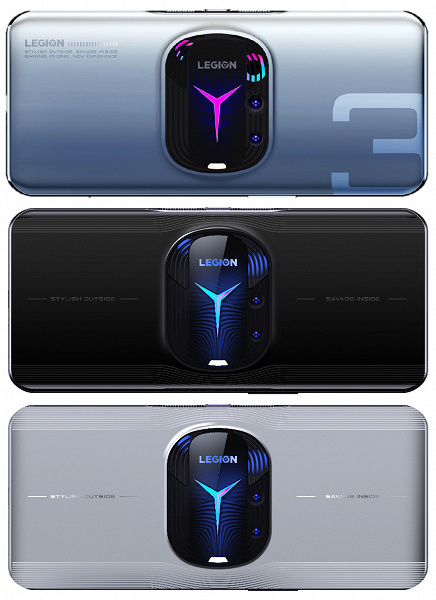 Insider Evan Blass has published high-quality renderings of the Lenovo Legion Y90 smartphone (aka Lenovo Diablo, aka Legion Phone 3 Elite / Pro) – a gaming model based on the Snapdragon 8 Gen 1 single-chip system. The pictures are accompanied by a list of characteristics, and, judging by him, Legion Y90 will be one of the most unusual smartphones based on SoC Snapdragon 8 Gen 1. 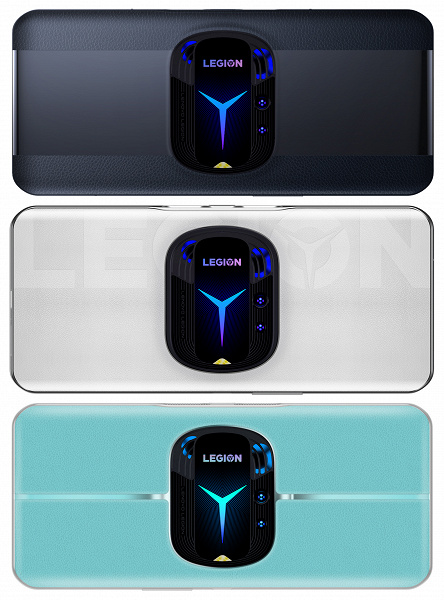 Smartphone battery – with two cells with a capacity of 2800 mAh each. Total – 5600 mAh. The maximum charging power is 68W. Interestingly, the smartphone is assigned two USB-C ports at once. The front camera will use a sensor with a resolution of 16 megapixels, in the main – sensors with a resolution of 64 and 13 megapixels. The thickness of the case will be 10 mm.

Lenovo Legion Y90 will immediately offer eight additional keys or control areas: four side, two capacitive on the rear panel and two areas on the screen that are sensitive to pressure. The smartphone will have two vibration motors, two backlight zones (front and rear), two fans in the cooling system, two speakers with support for Dolby Atmos technology, and four speakers.

There is no exact release date for the Legion Y90, but an insider says the device should be out in the first quarter. This means that the premiere of a unique novelty will take place no later than March.

Evan Blass is a reliable insider, he has previously been noted for many truthful leaks. So, at one time he published accurate images of the Sony Xperia 5 II, Galaxy Note20, Galaxy Z Fold 2, Galaxy Tab S7, Galaxy Watch 3 and Samsung Galaxy Buds Live before their official premiere.