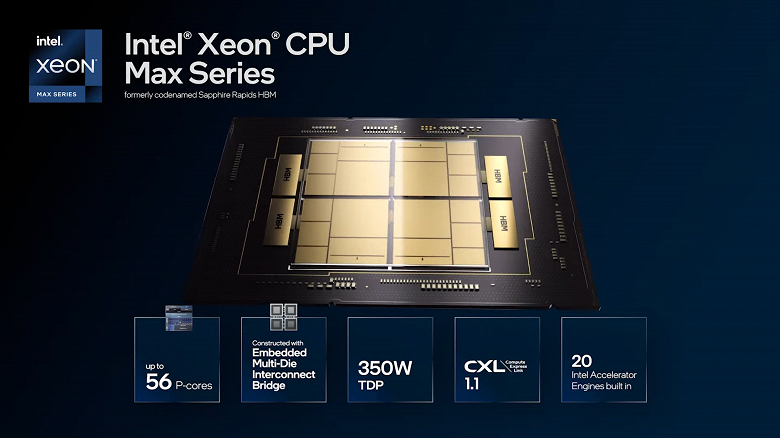 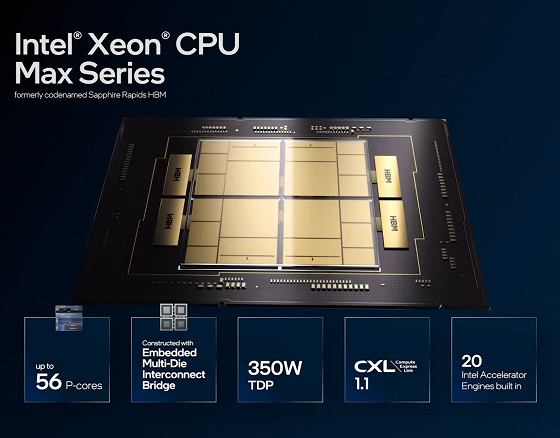 A couple of days ago, Intel introduced its Xeon CPU Max (Sapphire Rapids) server processors. At the time of the announcement, many details were not available, but now it has become known that the top 56-core Xeon Platinum 9480 allegedly costs $12,980. The processor frequencies are also indicated: 1.9-2.6 GHz.

In addition, there is data on several more CPUs:

There are no other details yet. In addition, this is hardly the entire line of new CPUs. But on the other hand, we can now better compare Intel’s new products with the new Epyc Genoa processors that AMD introduced yesterday.

Firstly, AMD’s new products have much higher frequencies. The same 96-core Epyc 9664 operates at frequencies of 2.25-3.8 GHz. In addition, AMD’s new products are cheaper, because the company is asking $11,805 for the same top-end CPU. Thus, if we compare the two flagships, the new AMD has 70% more cores, runs at higher frequencies and costs less. True, the Xeon CPU Max has up to 64 GB of HBM2e memory, but it will not be a significant advantage in all tasks. In addition, AMD will also later release Genoa-X with V-Cache memory, but we do not know their prices and frequencies. At the same time, Intel will also have Sapphire Rapids without HBM memory.

The information was shared by the insider YuuKi_AnS, who two years ago was the first to publish a photo of the Sapphire Rapids processor without a cover.