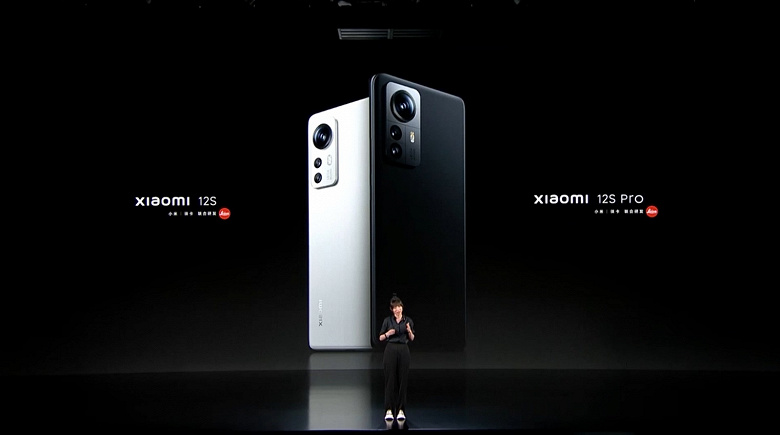 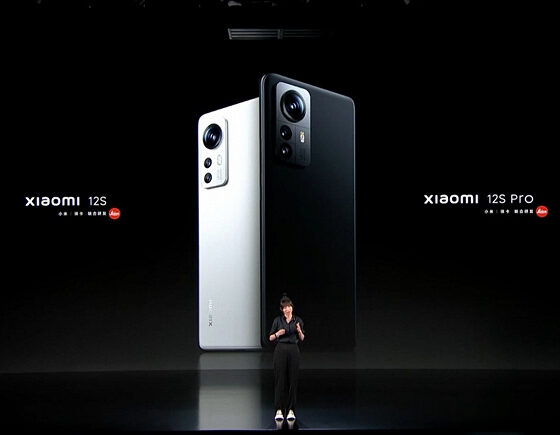 Xiaomi today officially unveiled the flagship smartphones Xiaomi 12S and 12S Pro. The premiere began with the introduction of the single-chip platform on which they are built – Snapdragon 8 Plus Gen 1.

Snapdragon 8 Plus Gen 1 is a slightly overclocked version of Snapdragon 8 Gen 1, but even this small overclock was enough to demonstrate a significant performance increase: if Xiaomi 12 scores about 950,000 points in AnTuTu, then Xiaomi 12S and Xiaomi 12S Pro both broke the bar in 1,100,000 points. At the same time, the new SoC consumes less, which, of course, could not but affect autonomy. 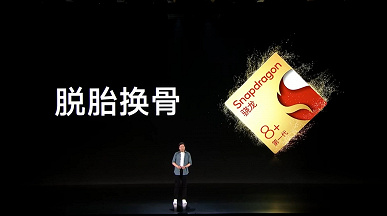 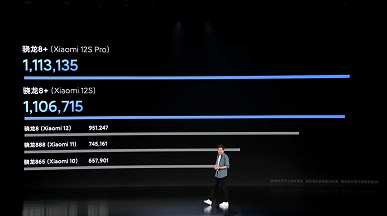 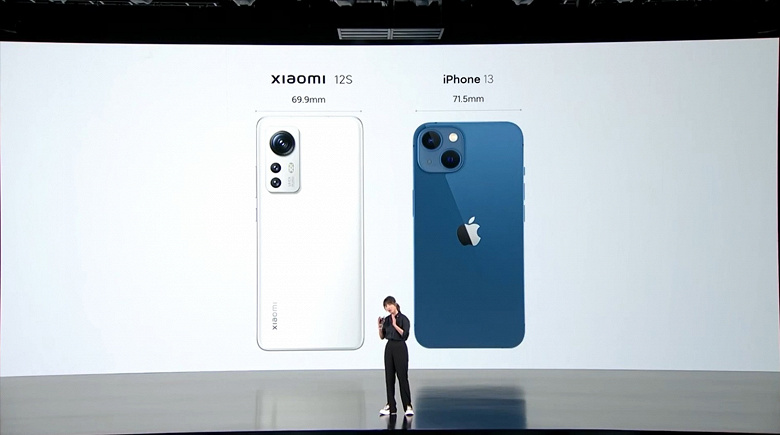 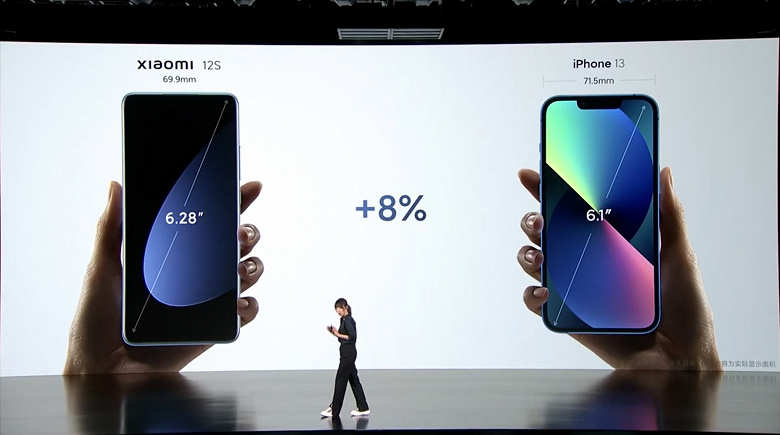 So, for example, Xiaomi 12S is more comfortable to hold in your hand due to the fact that it is slightly narrower than the iPhone 13, but it has a larger screen. Xiaomi 12S received a 6.28-inch AMOLED panel with a frame rate of 120 Hz and a resolution of 2400 x 1080 pixels. 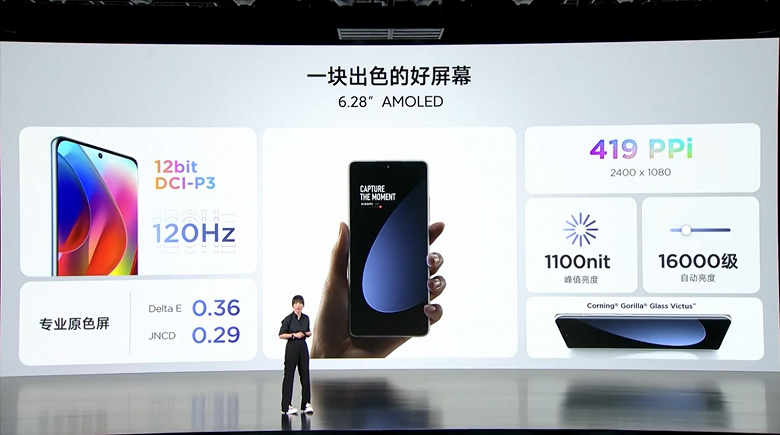 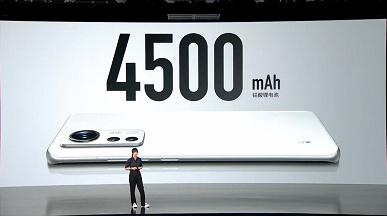 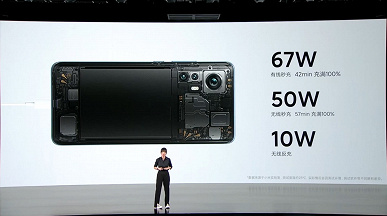 Xiaomi 12S main camera has three sensors, the main one is Sony IMX707 with 1/1.28 inch optical format, which is larger than in Samsung Galaxy S22 Ultra and the same size as in Huawei Mate 40 Pro. The module with it uses a wide-angle lens and an optical stabilization system. 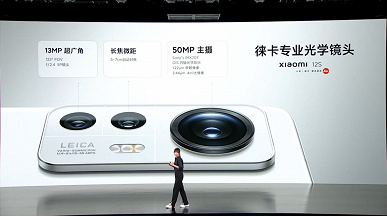 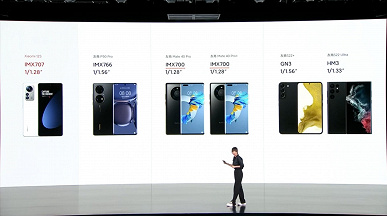 There is also a 13-megapixel sensor with an ultra wide-angle lens and a macro module. Naturally, the Xiaomi 12S camera did not fail to compare with the iPhone 13 camera: in the pictures taken by the Xiaomi device, the dynamic range is wider. The mass of Xiaomi 12S is 182 grams – it is only 2 grams heavier than its predecessor. 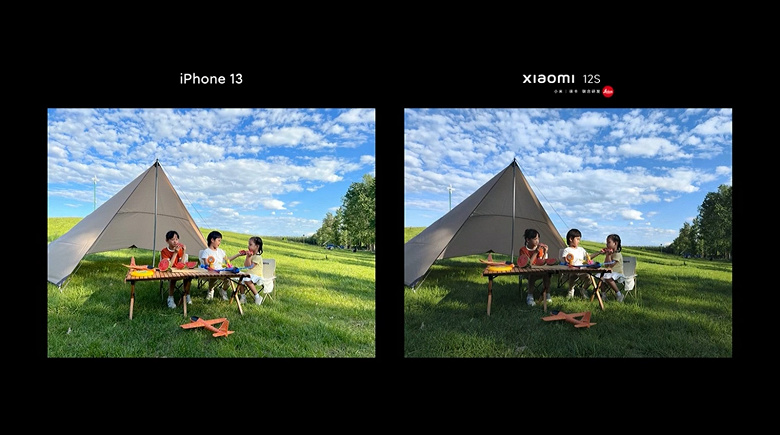 Xiaomi 12S Pro received a 6.73-inch AMOLED screen with a resolution of 2K. It is manufactured using LTPO 2.0 technology, the frame rate varies from 1 to 120 Hz. Evaporation chamber with an area of ​​2900 mm2 (in the younger model – 2600 mm2), the area of ​​the entire cooling system is almost four times larger. 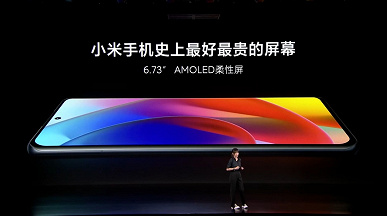 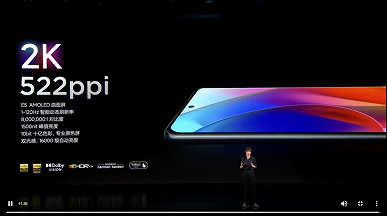 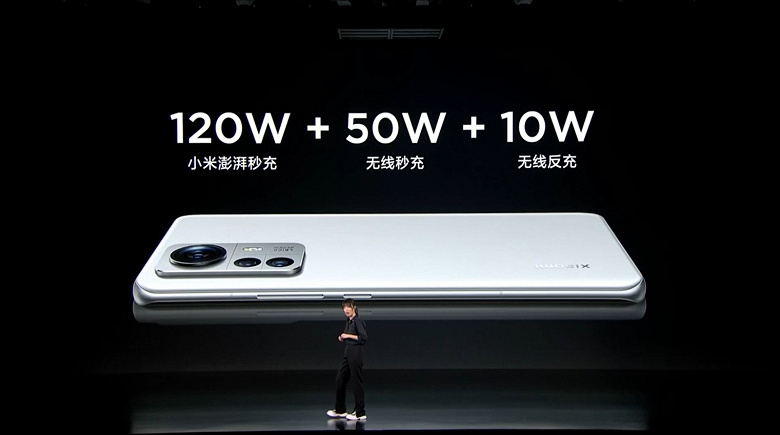 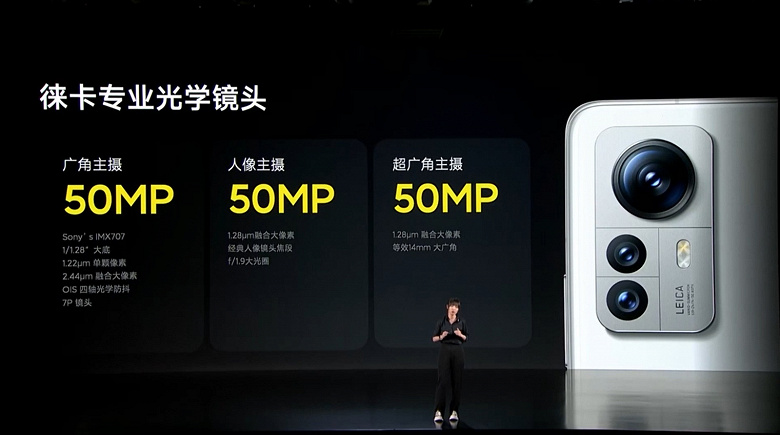 If you look at the parameters of the new products and compare them with the characteristics of Xiaomi 12 and Xiaomi 12 Pro, it turns out that there are not so many innovations. The main ones are the new SoC Snapdragon 8 Plus Gen 1 (let’s hope that it will no longer heat up as much as Snapdragon 8 Gen 1) and Lecia optics.

Prices have already been announced, and they look like this: