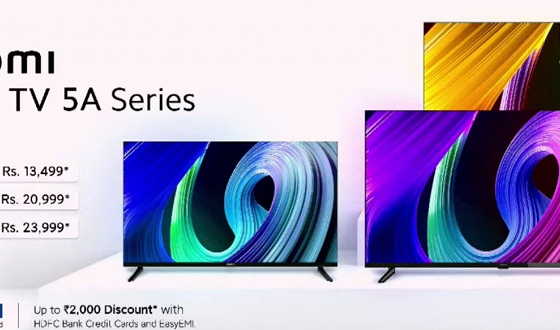 As expected, Xiaomi today officially unveiled its range of low-cost Smart TVs 5A. The series includes three models – with screens with a diagonal of 32, 40 and 43 inches. Prices, respectively, are as follows: 200, 300 and 340 dollars.

The screen resolution of the base model of the series is HD, the other two are Full HD. Compared to the predecessors of the A4 series, the sound power has increased: 20 watts in the 32-inch version and 24 watts in the 40- and 43-inch models. All three models support Dolby Audio, DTS-X and DTS-X Virtual, and use Android TV 11 as the software platform.