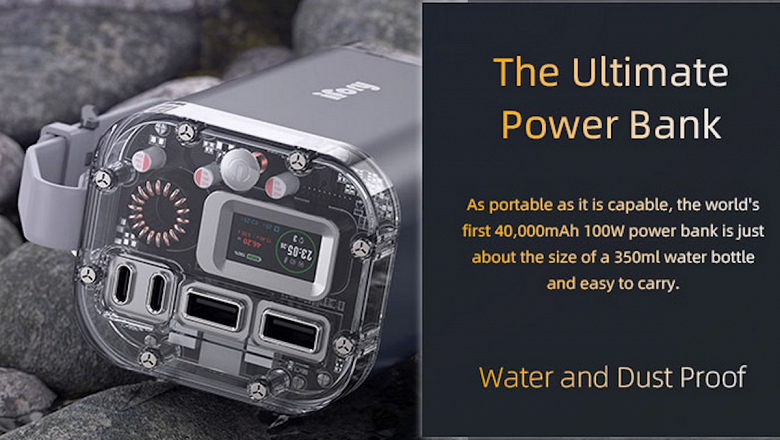 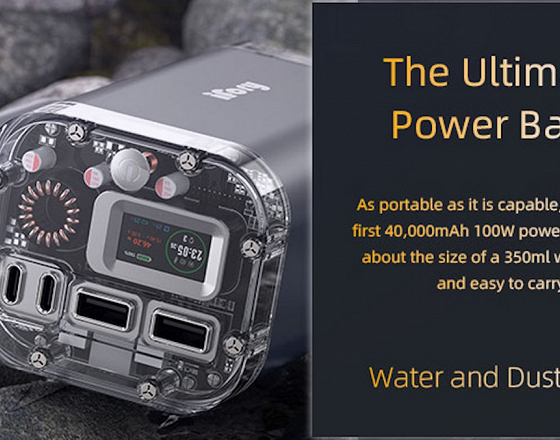 An interesting project for a 40,000 mAh ifory portable battery has appeared on the Kickstarter site.

In this case, the product is of interest due to the ratio of capacity and dimensions, because the new product has dimensions of 127 x 72 x 62 mm and weighs 776 g!

In addition to the fact that the capacity is simply huge, the device boasts not only this. For example, there is support for Power Delivery and a power of 100 watts. And also protection against water, dust (IP67) and drops and a very bright flashlight (500 lumens).

The set of ports includes two USB-A and two USB-C. The maximum that a device can output through a single connector is 65 watts. In general, the options can be seen in the image. 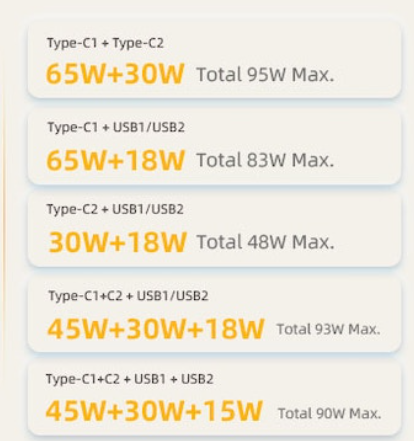 In addition to the specified model, a younger one with a capacity of 23,750 mAh is also available. It’s even smaller and lighter, it doesn’t have one of the USB-A ports, it’s also capable of delivering up to 65W on a single USB-C port, but that’s also the total power when connecting multiple devices to different connectors.

The manufacturer intends to start deliveries in December. There is no need to talk about the success of the fundraising campaign, since the authors requested only $120. Nearly $65,000 has already been raised.