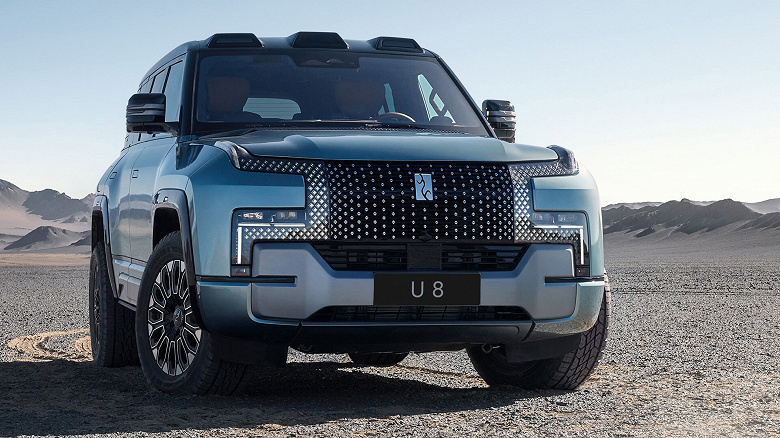 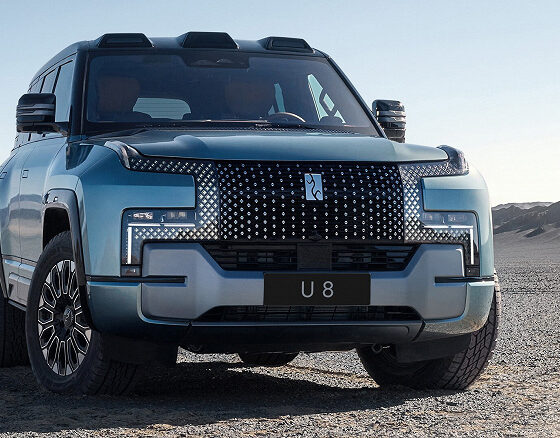 4 motors of 325 hp, water resistance, turning on the spot, “crab mode”, acceleration to “hundreds” in 3 s. BYD Yangwang U8 introduced

Chinese automotive giant BYD has unveiled the latest BYD Yangwang U8, which is positioned as an electric off-road hardcore SUV.

The technology includes four independent motors mounted on each wheel, which, among other things, allow the car to turn 360 degrees in one place. This technology allows you to maintain control over the car in the event of damage to one wheel. According to the developers, the new electronically controlled all-wheel drive system responds 100 times faster than a traditional all-wheel drive system.

The Yangwang U8 is also equipped with a waterproof body and engine that are protected according to the IP68 degree description, allowing the SUV to cross waters.

Its length is 5300 mm, and the wheelbase is 3050 mm. It also features hidden door handles and 20-inch wheels with 275/60 ​​R20 tires. The shape of the rear lights is similar to the headlights, and the tailgate, which opens to the side, is equipped with a spare wheel. 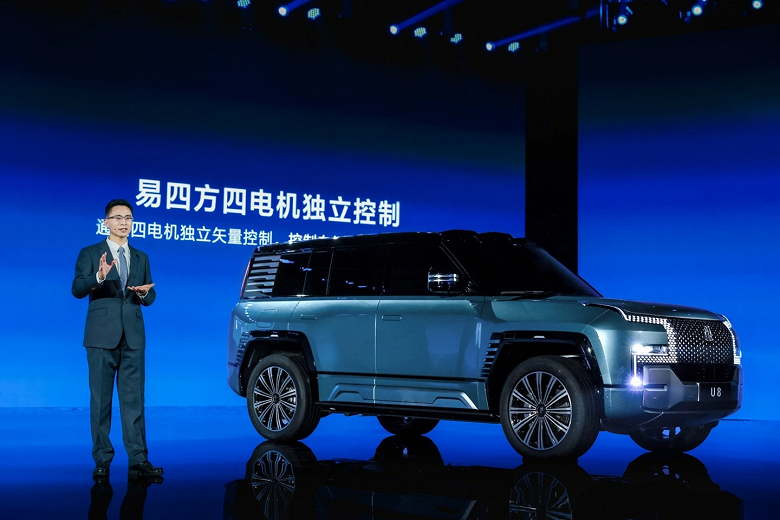 The automaker did not reveal the car’s interior, but previous spy shots have confirmed the SUV will feature a full LCD instrument panel and a large central touchscreen. He will also receive a three-spoke multifunctional steering wheel.

The maximum power of a single engine is 325 hp, and the maximum torque reaches 420 Nm. The driver of Yangwang U8 will have access to various driving modes, including ice and snow, sand, a flat tire to continue driving at speeds up to 120 km/h, turn on the spot and swimming mode. 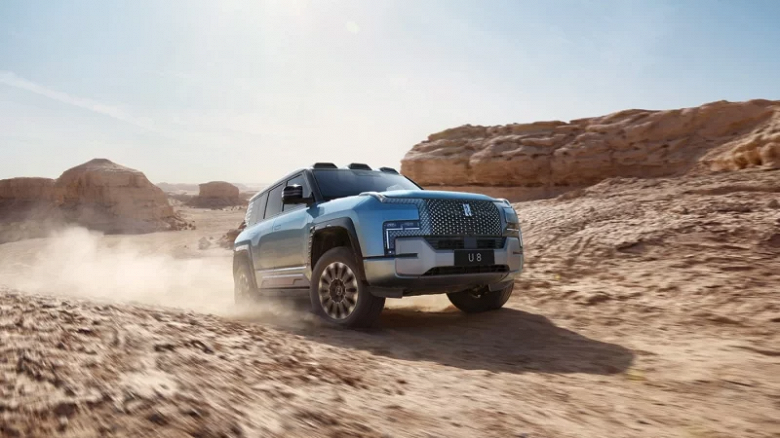 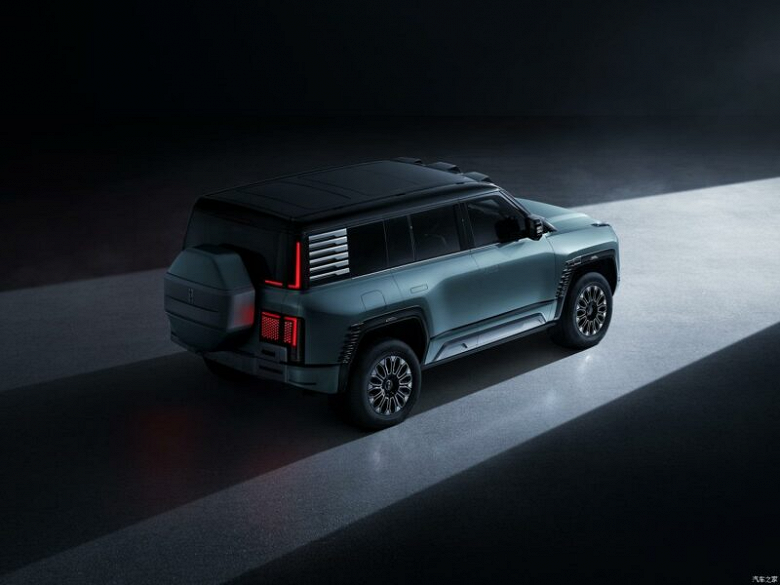 Estimated price will be from 145 thousand dollars in China.