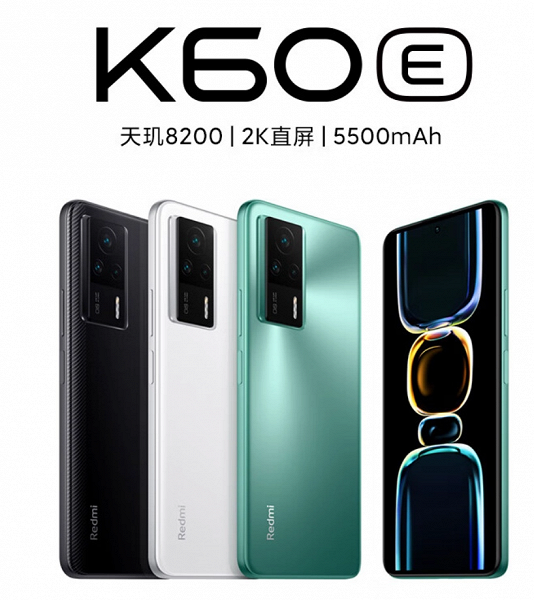 Lu Weibing, President of Xiaomi Group China and General Manager of the Redmi brand, confirmed the specifications and price of the Redmi K60E smartphone immediately after its presentation.

The head of Redmi calls the Redmi K60E the “performance flagship of 2023”. It is based on the MediaTek Dimensity 8200 single-chip system, manufactured according to 4nm standards. Redmi K60E received fast LPDDR5 RAM and UFS 3.1 flash memory.

Redmi K60E is equipped with a 6.67-inch 2K AMOLED flat screen with support for refresh rates up to 120Hz and Dolby Vision high dynamic range, which is covered with protective glass Victus. Brightness reaches 1200 cd/m2.

The main camera uses a 48-megapixel image sensor, as well as an optical image stabilization system and special image enhancement algorithms from Xiaomi. 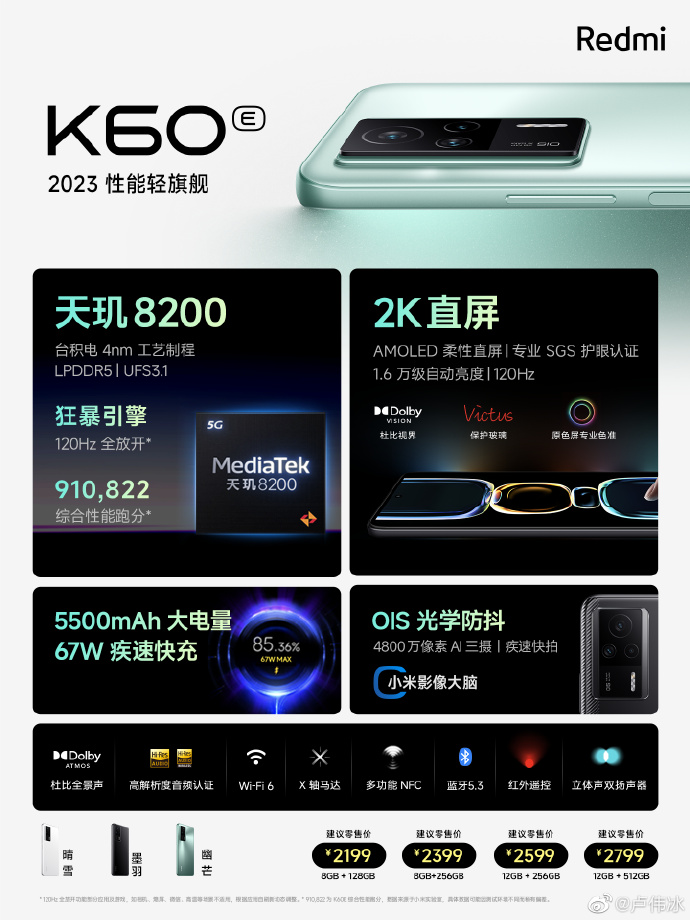 The device is equipped with a high-capacity battery equal to 5500 mAh, which supports 67 W fast wired charging. There is no support for wireless charging. There’s also NFC, Wi-Fi 6, Bluetooth 5, and stereo speakers with Dolby Atmos and Hi-Res Audio support.

Sales in China have already begun.