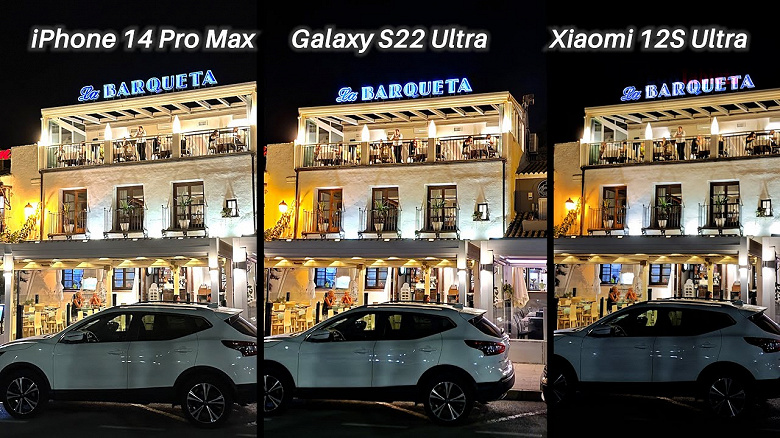 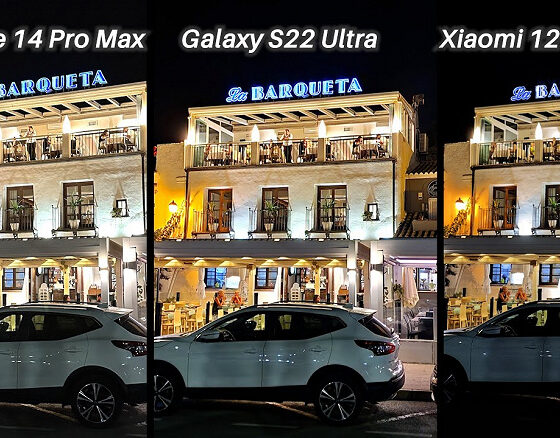 The Xiaomi 12T Pro smartphone with a 200-megapixel camera came together in battle with the iPhone 14 Pro and Samsung Galaxy S22 Ultra. Did the Chinese novelty manage to withstand more eminent flagships?

As you can see, not always. For example, the front camera copes worse with backlight, but it still has nothing to do with the main 200-megapixel one.

If we talk specifically about it, then when shooting a video at night, you can see more noticeable light than competitors. During the day, the difference is not particularly noticeable, at least when it comes to the video uploaded to YouTube.

If we talk about photos, then the first comparison shows the best detail in the flagships of Apple and Samsung, despite the lower resolution. But the indoor photo shows the best HDR performance and the absence of noise in Xiaomi 12T Pro. At the same time, even in the photo during the day in bright sunshine, the Xiaomi novelty has problems with overexposed objects.

But photos at night show that the 12T Pro can still sometimes compete with more expensive devices and even get around them in some way, although there is no huge difference between the three smartphones.

As a result, in general, Xiaomi 12T Pro cannot be called the best camera phone, or at least a device of the iPhone 14 Pro or Galaxy S22 Ultra level, but still the new Xiaomi does not claim such laurels, and it costs much less.