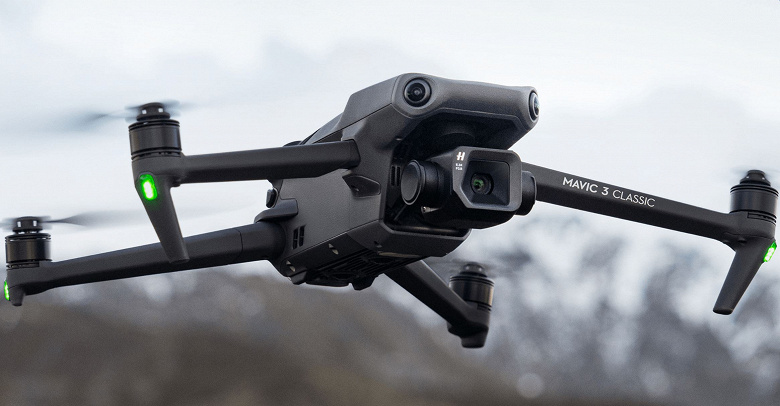 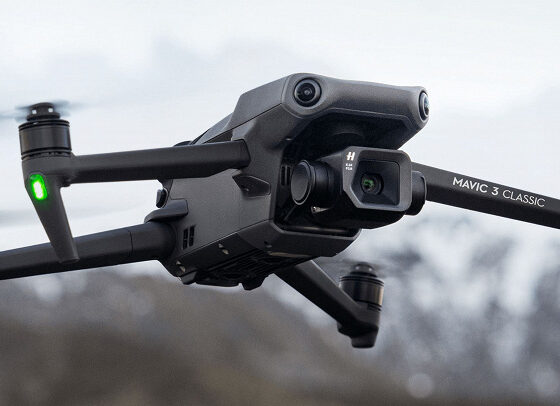 20 MP, Hasselblad and up to 46 minutes of flight at an altitude of up to 6 km. High-quality renderings and detailed specifications of the DJI Mavic 3 Classic

The German resource, backed by well-known insider Roland Quandt, has published high-quality images and detailed specifications of the DJI Mavic 3 Classic drone. It will become a more affordable version of the regular Mavic 3. The simplification by which the cost is reduced is only one, but it is noticeable: instead of two cameras, the Mavic 3 will have only one camera in the Classic version.

The Mavic 3 Classic will feature a single module with a 20MP 4/3″ optical format sensor and a 24mm wide-angle lens. The module with the 1/2-inch sensor and the telephoto lens has been eliminated. The Classic model’s camera is still branded Hasselblad and supports 5.1K video recording at 50 fps. The drone will also be able to record 4K video at 120 fps and Full HD video at 200 fps. 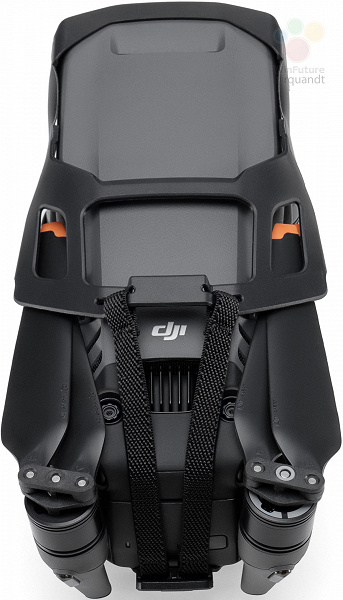 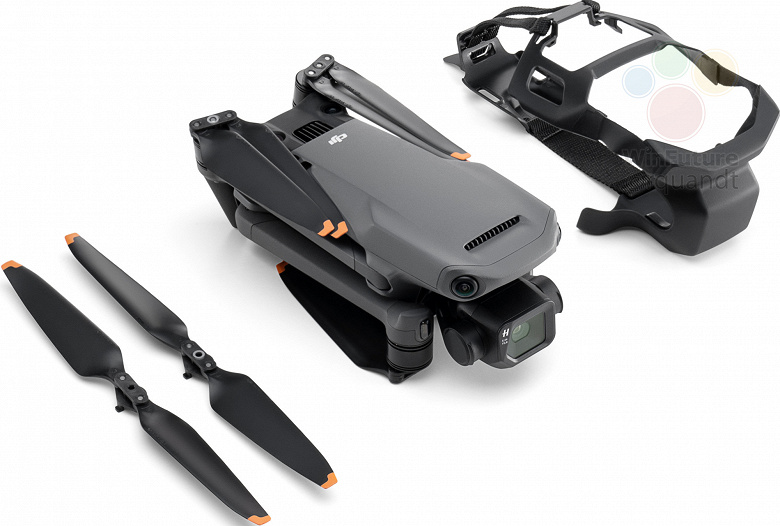 Eliminating one module will make the drone 5 grams lighter – its weight will be 895 grams. Otherwise, everything is the same as the regular Mavic 3: the drone will be able to fly away from the user at a distance of up to 8 km and climb to a height of up to 6 km, the maximum flight autonomy when using a standard 4S battery with a capacity of 4S 77 Wh will be 46 minutes. 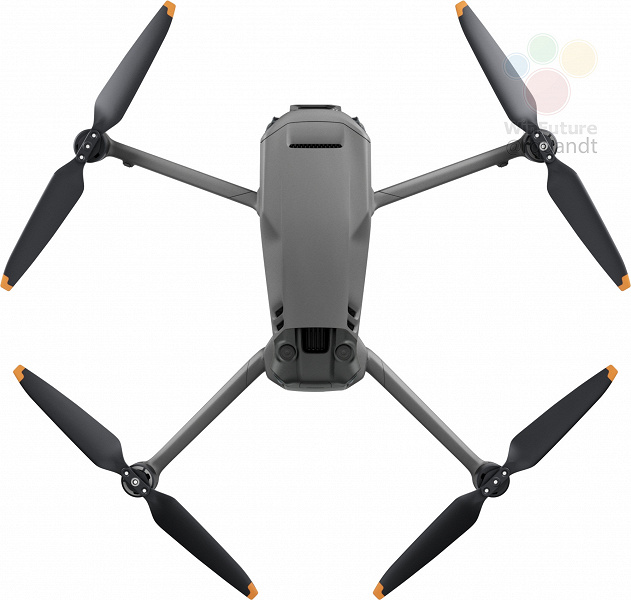 The official premiere of the Mavic 3 Classic will take place on November 2. This version is expected to cost $1,400, meaning the drone will be $500 cheaper than the regular Mavic 3.

Previously, Roland Quandt completely declassified the GoPro 9 Black and GoPro 10 Black cameras before the announcement and revealed their exact cost, as well as published accurate renders of the Nokia G21, Xiaomi Mi A3, Xiaomi Mi 9T, Samsung Galaxy Z Fold 4 and many other smartphones.

Next year, Intel will release the Core i9-13900KS processor, which will run at 6 GHz out of the box. It will be the first such mass-produced consumer CPU in the world. But in order to try out those very cherished 6 GHz without the torment of overclocking, it is not necessary to wait for the Core i9-13900KS and overpay for it. You can take advantage of a new feature on Gigabyte motherboards.

The company’s boards based on the Z690 chipset received a BIOS update that brings support for the Instant 6 GHz function. It allows you to overclock the Core i9-13900K and Core i7-13700K processors to 6 GHz with one click. Previously, this feature was available only on boards based on the Z790 logic set.

You should not expect a special increase in performance from such overclocking, since the mentioned SZG already operate at very high frequencies. Gigabyte itself speaks of a 3% increase, and even then on one core. 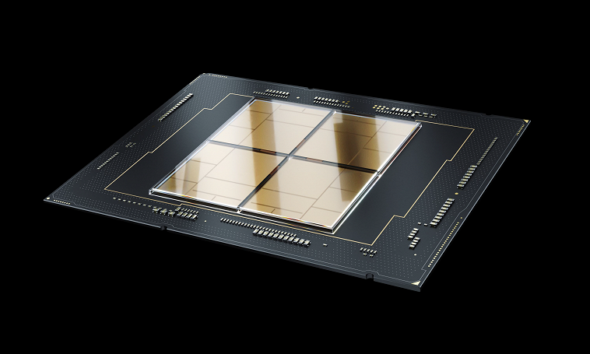