Together with the Honor 80 Pro and Honor Magic Vs smartphones, Honor introduced the Honor 80 smartphone. It became the world’s first model based on the Qualcomm Snapdragon 782G single-chip system.

The resolution of the main sensor of the main camera, as in the case of Honor 80 Pro, is 160 megapixels. The optical format of the sensor is 1/1.56 inch. The lens aperture is F / 1.8, there is no OIS. There is also an 8-megapixel sensor that works in conjunction with an ultra-wide-angle lens, and a module with a two-megapixel sensor for macro photography. The front camera is with a 32-megapixel sensor. 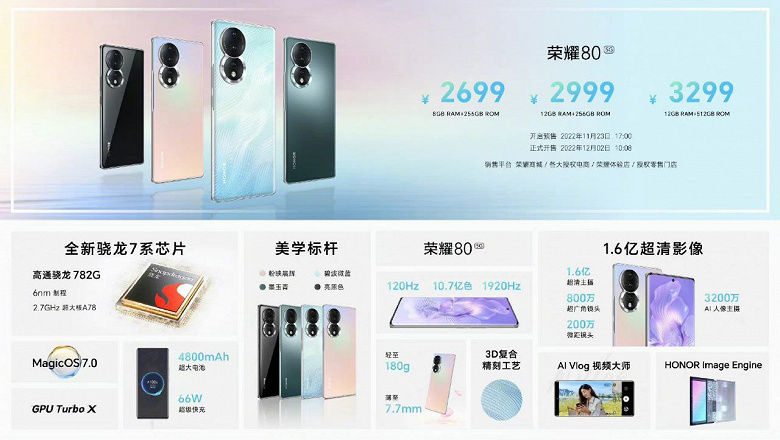