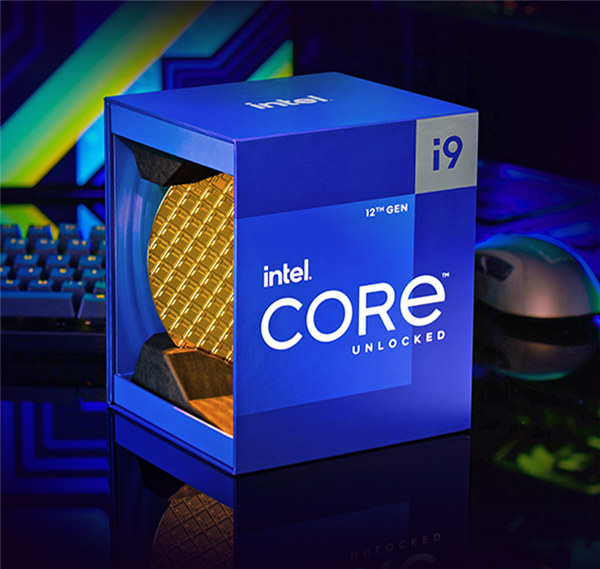 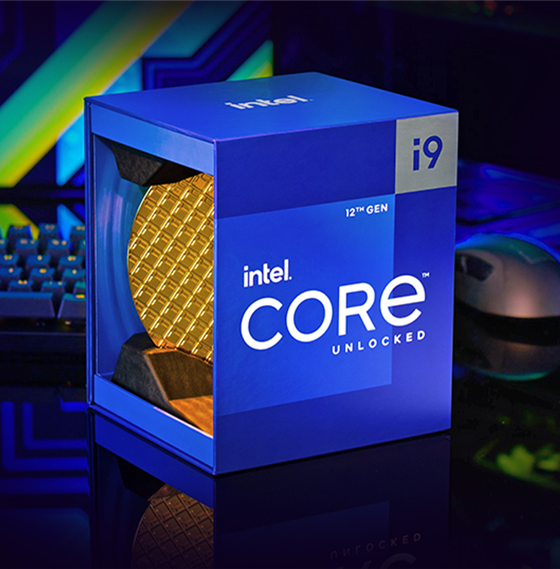 The informant provides the following information:

It is noted that while there are no exact prices, therefore, a range is indicated. Intel may set specific prices at the last moment, and prices may vary markedly by region and country. So, we already wrote earlier that over the past few months, Intel CPUs have risen in price in Europe, although nothing was officially said about this and AMD did not raise prices. 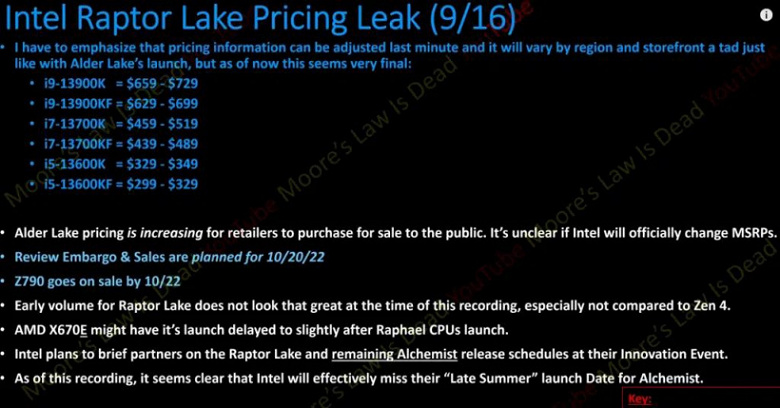 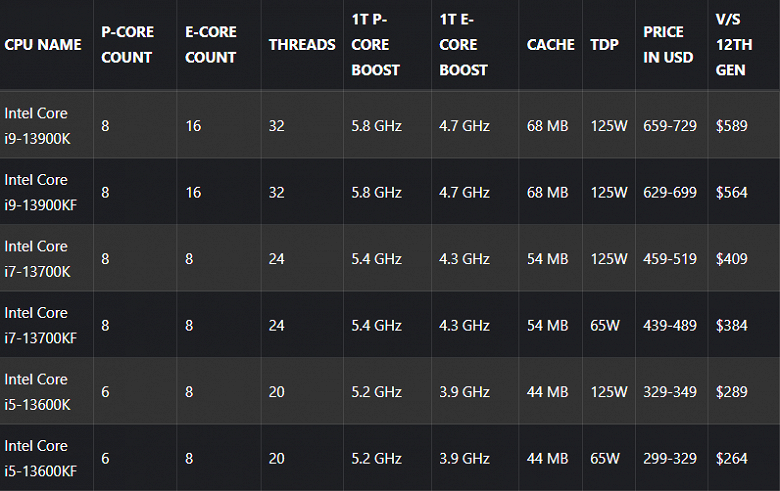 It should be noted that these data are generally consistent with the words of the chief financial officer of Intel, who earlier warned of an increase in the cost of the company’s products by 10-20% in the fourth quarter.