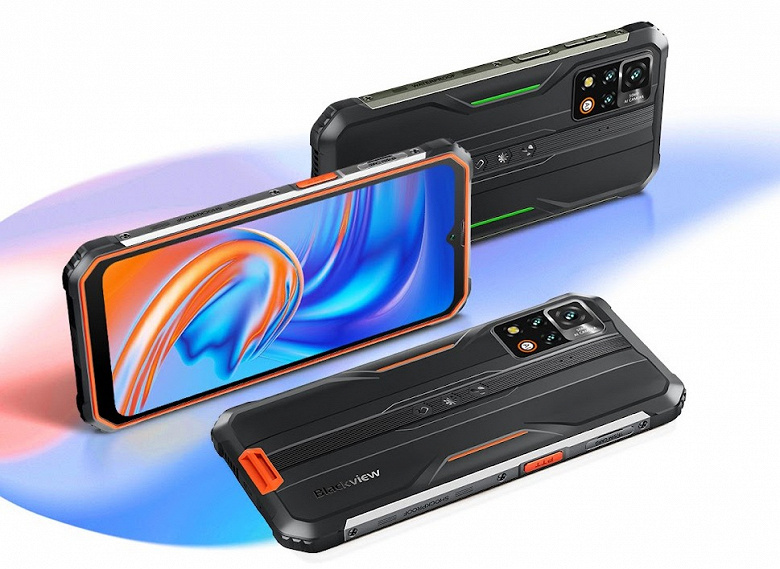 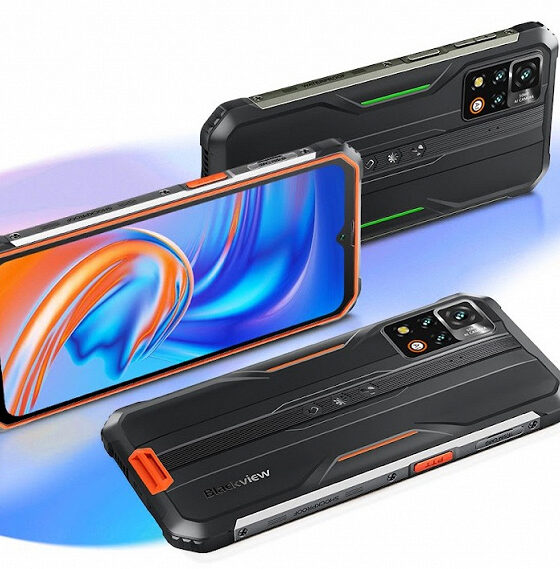 The Blackview BV9200 features a large 6.6-inch display with 120Hz high refresh rate and 2.4K resolution. The mass of the smartphone is 310 g with a thickness of 13.66 mm, it is available in three colors: black, orange and green.

The BV9200 display is certified by TUV Rheinland Low Blue Light, which guarantees a low level of the blue part of the light spectrum. The screen is protected by Corning Gorrilla Glass 5, which protects against scratches when dropped from a height of 1.2 m.

The Blackview BV9200 is supported by Harman AudioEFX for the first time and features Harman/Kardon stereo speakers for great sound at high volume levels.

The Blackview BV9200 is equipped with a 50MP main camera with a Samsung JN1 sensor. An 8-megapixel camera with a 120° field of view is also additionally installed. In addition, there is a 16-megapixel front camera. 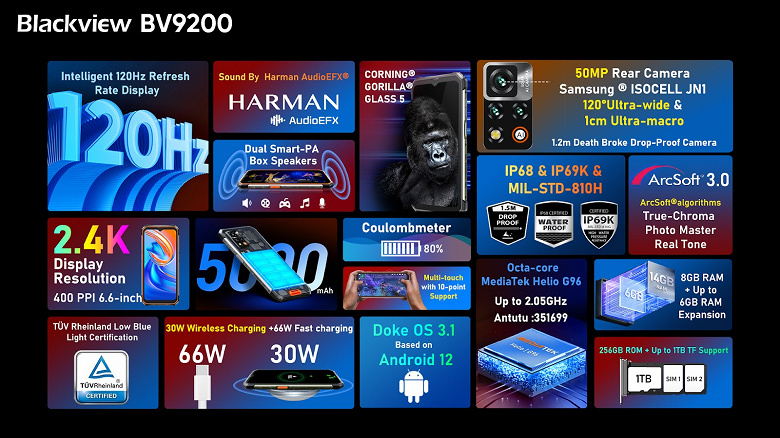 The Blackview BV9200 is equipped with a MediaTek Helio G96 octa-core single-chip system, 8GB of internal RAM, which can be expanded up to 14GB. The amount of flash memory is 256 GB, memory cards up to 1 TB are supported.

The Blackview BV9200 is the first device to run Doke 3.1 based on Android 12. The smartphone is IP69K rated as well as US military standard MIL-STD-810H. 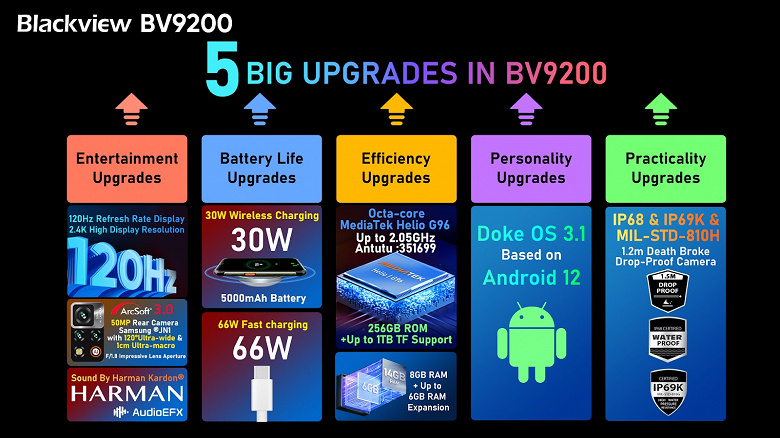 The smartphone supports four satellite navigation systems, the screen recognizes touches in gloves, there is multifunctional NFC for contactless transfer of payments and data.

The smartphone is available for $200 for early buyers.