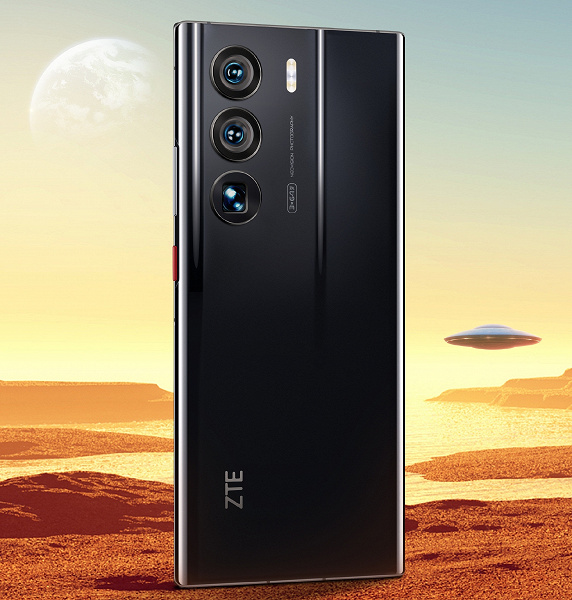 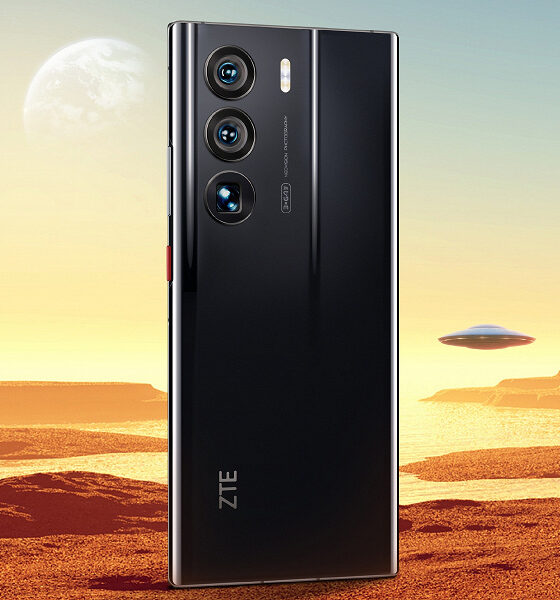 ZTE officially announced today that the upcoming ZTE Axon 40 Ultra Space Edition smartphone will indeed get 18 GB of RAM and 1 TB of flash memory. Such a combination is still very rare on the market, even if we take into account not only mobile devices, but also computers.

The manufacturer claims that the ZTE Axon 40 Ultra Space Edition will solve the problems of users who change their smartphones due to a small amount of RAM or flash memory for a long time.

It is reported that the back panel is made of HT Xuanjing ceramic material, which is formed by one-piece nano-casting. It is not yet clear how easily it will scratch and, in general, how durable it will end up with drops and daily use. 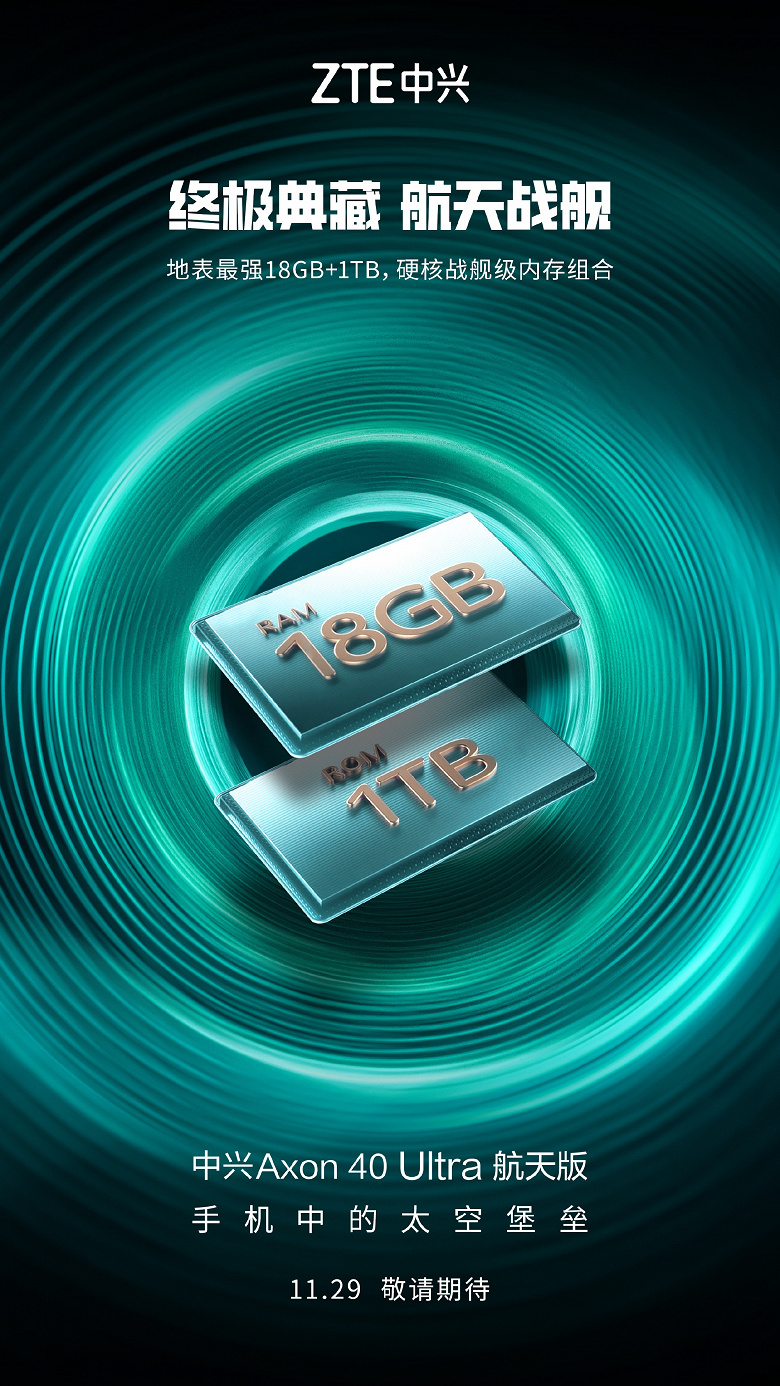 The standard ZTE Axon 40 Ultra has a 6.8-inch full-screen AMOLED display with a 3.9mm radius on the sides. Its resolution is 2480 x 1116 pixels, peak brightness is 1500 cd/m2. The screen supports 120Hz refresh rate and 360Hz touch sampling rate. The main camera received a 64-megapixel Sony IMX787 image sensor with support for optical image stabilization. It is accompanied by a 64-megapixel ultra-wide-angle camera with a Sony IMX787 sensor and a periscope telephoto lens with an OmniVision OV64GB sensor and support for optical image stabilization. In front is a sub-screen frontal of the third generation.

ZTE Axon 40 Ultra is equipped with Snapdragon 8 Gen 1 single-chip system, LPDDR5 RAM and flash memory. It also has a large 5000mAh battery with 80W ultra-fast charging support. The corresponding power supply is included in the scope of delivery along with the cable and carrying case.

The presentation of ZTE Axon 40 Ultra Aerospace Edition is expected on November 29th.