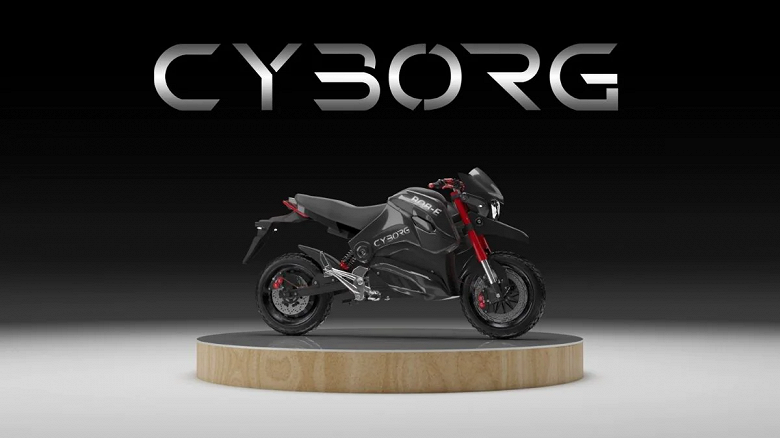 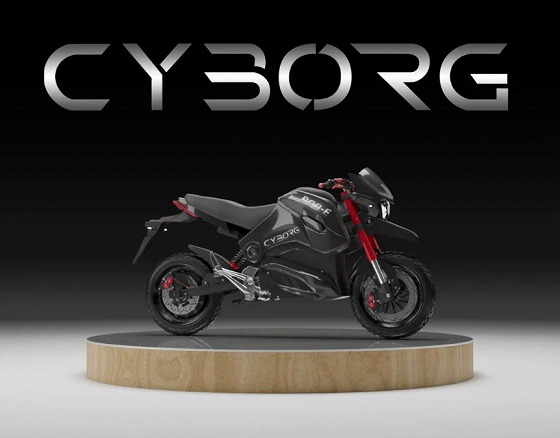 Ignitron Motocorp has unveiled a new electric motorcycle called the Cyborg Bob-e. It has been specially designed for the Indian market and targeted at a younger audience.

According to Ignitron’s official statement, the Cyborg Bob-e offers stylish design, great performance and is built with the environment in mind. It should make daily electric motorcycle rides comfortable and enjoyable. The Cyborg Bob-e will be available in black and red.

The Cyborg Bob-e has a range of 110 km and a top speed of 85 km/h. It is known that the lithium-ion battery with a capacity of 2.88 kWh is not replaceable. The Cyborg Bob-e is equipped with geolocation for added security, USB charging for mobile devices, battery status indicator, Bluetooth, keyless start and digital display. It also comes with a 15A fast home charger.

The Cyborg Bob-e has three riding modes: Eco, Normal and Sport. The electric bike is also equipped with reverse gear and cruise control. The suspension is reinforced with a telescopic fork at the front and a fully adjustable monoshock at the rear. 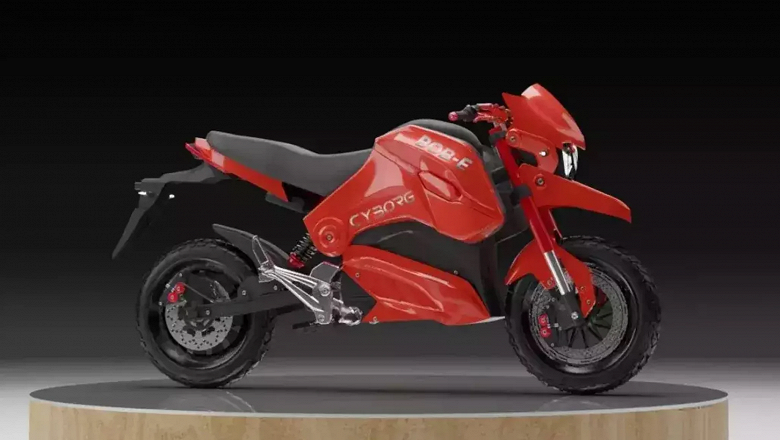 The price of the motorcycle is 1277 dollars. 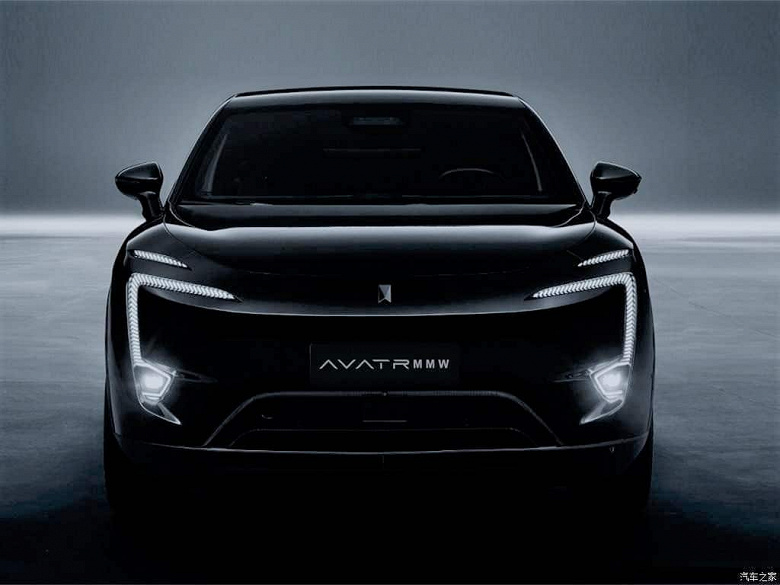 The electric vehicle brand Avatr launched in 2018 as a joint venture between Changan and Nio. Later, Nio withdrew from the project due to financial problems, so now Changan and CATL are responsible for the creation of Avatr electric vehicles, and Huawei helps them. The images below show the Avatr 11, the brand’s first car. Now its interior can be seen on high-quality renderings.

But first, a few features. In the top version of the Avatr 11, it will be all-wheel drive, the power plant will produce 578 hp. Such a car will accelerate to 100 km / h in 3 seconds, and the maximum speed will be 200 km / h. The capacity of the traction battery, for which, of course, CATL is responsible, is an impressive 90.38 kWh. 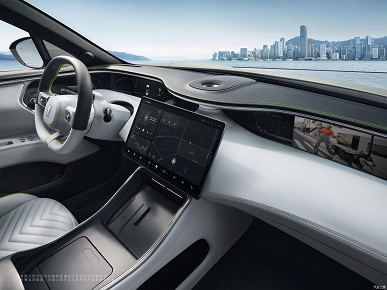 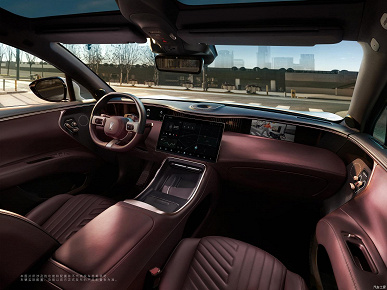 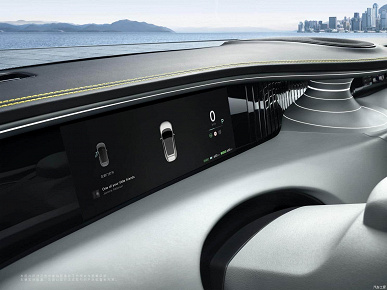 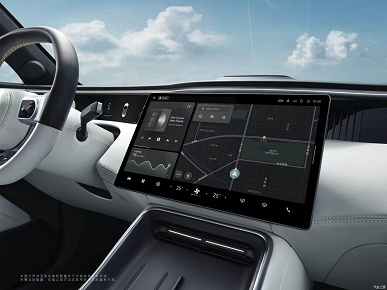 Developed by Huawei and “inside” is HarmonyOS, which runs the car’s infotainment system. You can manage it, by the way, with both voice and gestures.

A floating 15.6-inch touch screen is fixed on the center console, there are two more displays – with a diagonal of 10.25 inches (one of them is part of the dashboard). The central tunnel housed a charger for two smartphones. The audio system is represented by 13 speakers connected to a 12-channel amplifier. 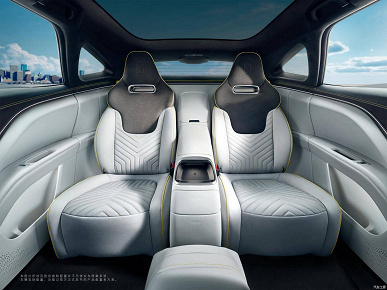 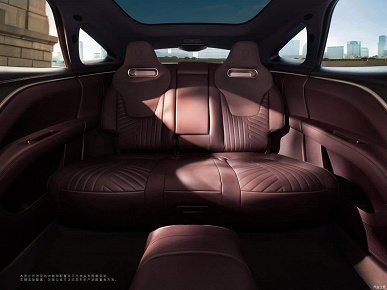 At the back, there are two options for decorating the space: with two separate seats (in the top version, then the car will be four-seater) or with one common pillow, then five people will fit in the crossover.

You can book Avatr 11 in China for only $72, but there are no prices, even indicative ones. The novelty will go on sale in the third quarter of this year.

517 HP and a range of up to 700 km for $40,000. Electric BYD Seal presented in China, which is somewhat better than Tesla Model 3 and Porsche Taycan 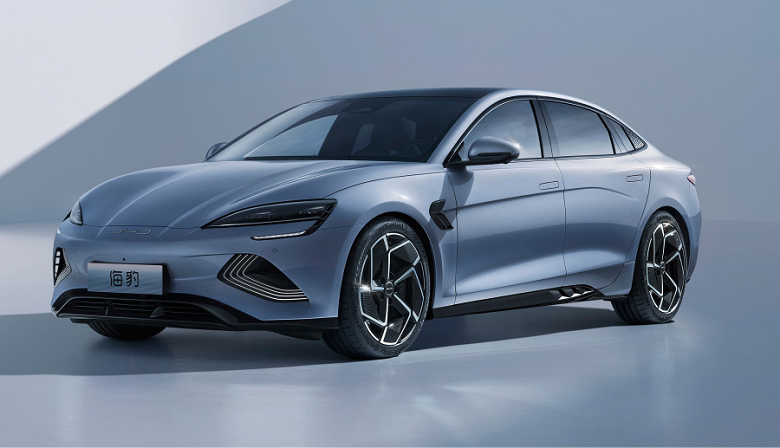 The Chinese company BYD has completely declassified the Seal electric car: it has revealed specifications and prices, and has also started accepting pre-orders. It should be said right away that Seal became a hit: in just six hours, 22,637 cars were ordered. The result is no worse than that of some Cybertruck. 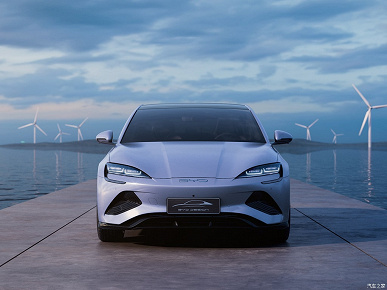 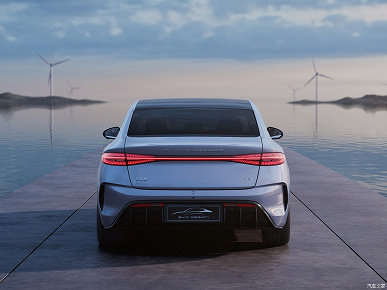 BYD Seal is based on the BYD e-platform 3.0 platform, the key feature of which is CTB (Cell to Body) technology. This means that the battery is integrated into the body structure. In particular, the cells are located under the floor. BYD says that it is completely safe: the battery can withstand a pressure of 50 tons. 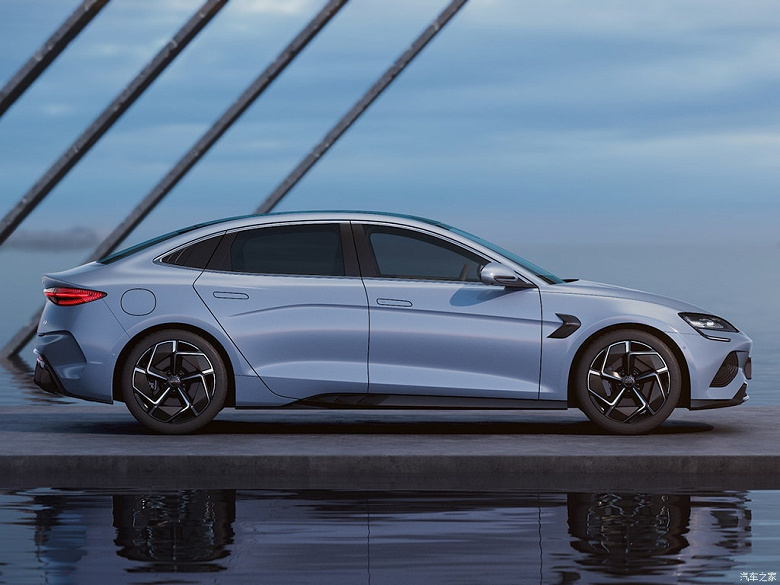 Another notable technology is iTAC. It is an intelligent torque control system. Due to her, the car passed the “moose test” at a speed of 83.5 km / h. At about the same speed, the McLaren 675LT supercar passes this test. 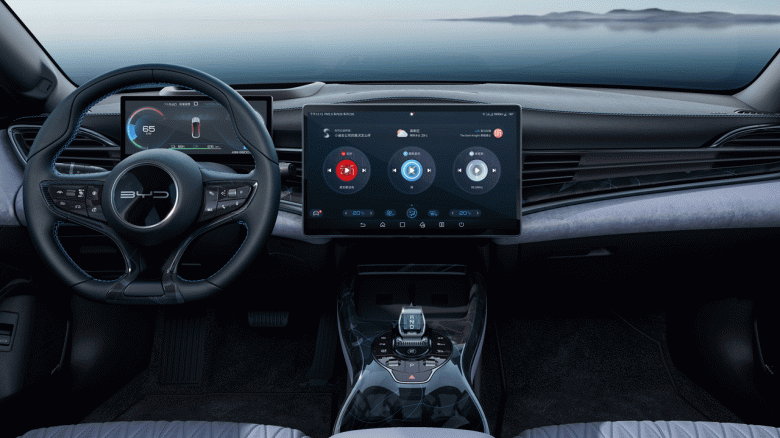 Outwardly, the BYD Seal resembles the Tesla Model 3, and for good reason: it has well-developed aerodynamics. Aerodynamic drag coefficient Cd – 0.219. This is even less than the Porsche Taycan.

BYD Seal is available in four versions. Basic – with a single electric motor on the rear axle, a traction battery with a capacity of 61.44 kWh with a cruising range of 550 km. The price is $31,890. The second configuration is no different technically, but due to different options it is more expensive – $ 33,840. 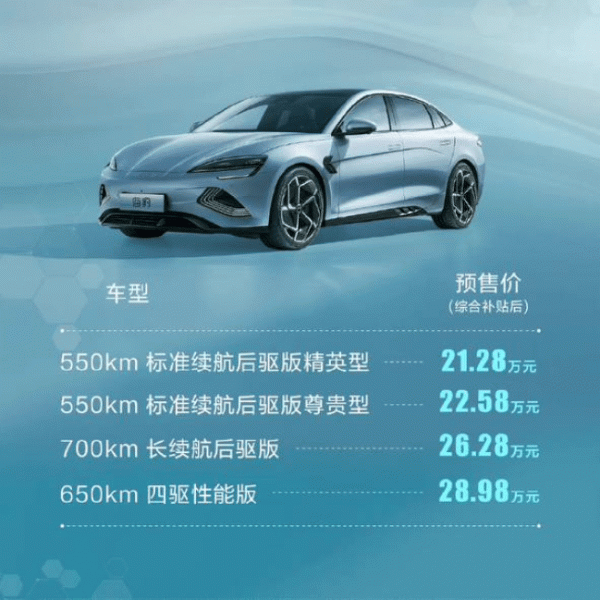 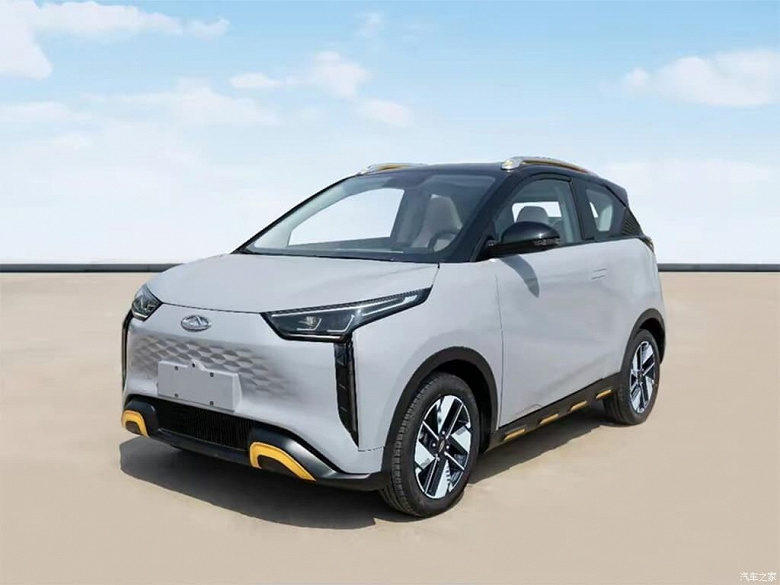 According to a source, prices for a compact electric car Chery QQ Wujie Pro have been announced in China. Its feature, in contrast to the local hit Wuling Hongguang Mini EV, is quite an adult power reserve: both electric vehicles cover 300 km on one charge, only in the case of Hongguang Mini EV Gameboy this is the prerogative of the maximum version, but for Chery QQ Wujie Pro such a power reserve is already in the database. The version of Chery’s electric car with a high-capacity traction battery is capable of driving 408 km on a single charge. 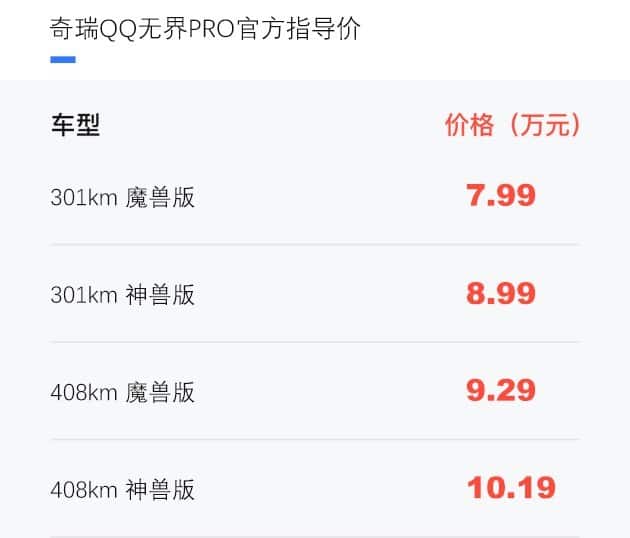 The dimensions of the car are 3402 x 1680 x 1550/1559 mm, the length of the wheelbase is 2160 mm. Interestingly, the wheels are 16-inch. In comparison, the original Wuling Hongguang Mini EV used 12-inch ones. Chery QQ Wujie Pro is a two-door car, but it is designed for four. The rear seats can be folded down to carry more luggage. 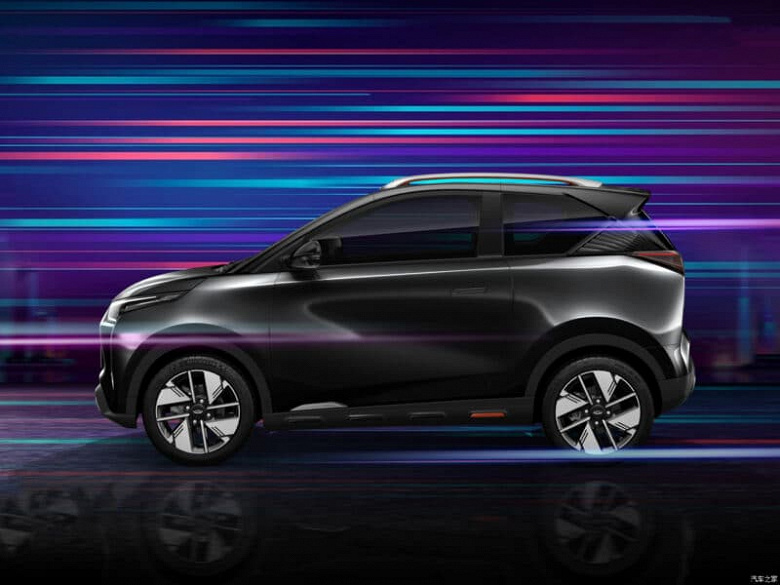 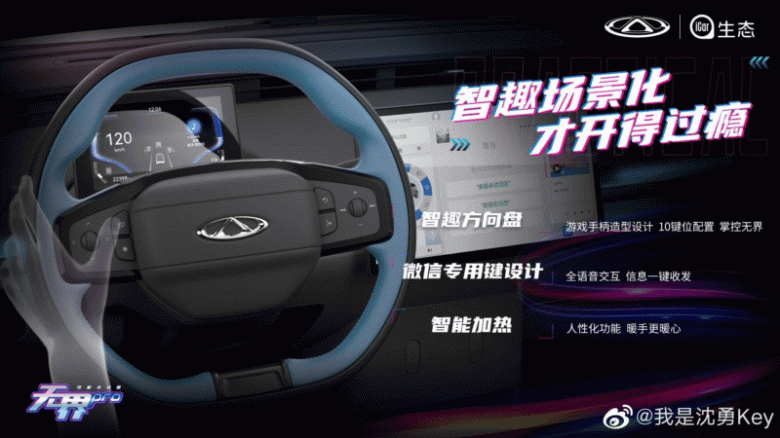 The Chery QQ Wujie Pro has two screens in the cabin: a smaller one in the dashboard and a larger one on the center console. As part of the infotainment system of the car, the Qualcomm 6155 single-chip platform is used. It is expected that sales of new items in the home market in China will start in a month or two.