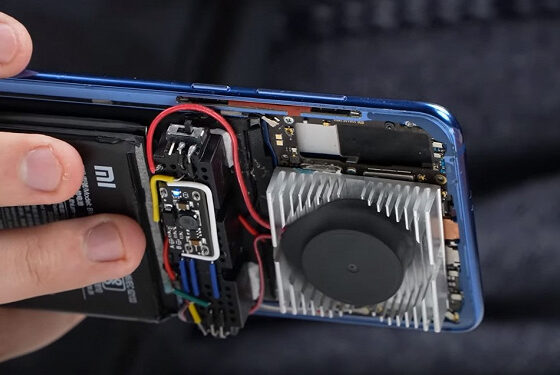 A video was published on the Geekerwan YouTube channel, which shows the process of modifying the Xiaomi Mi 9 smartphone equipped with the Snapdragon 855 single-chip system. They decided to turn it into a full-fledged gaming smartphone.

The idea is that a three-year-old flagship smartphone has enough power to run today’s mobile games and can be bought used for little money. This Xiaomi Mi 9 with a cracked back was bought for about $100. The author of the video claims that any Snapdragon 855 smartphone is a great option for gaming.

The modder connected two additional batteries, increasing the total battery capacity to 9900 mAh. In addition, he overclocked the single-chip system and display so that it could run at an increased frame rate.

Everything is packaged in a 3D printed case, complete with a universal bracket for attaching it to a game controller.

With all the modifications, the price of the device has increased to $150.